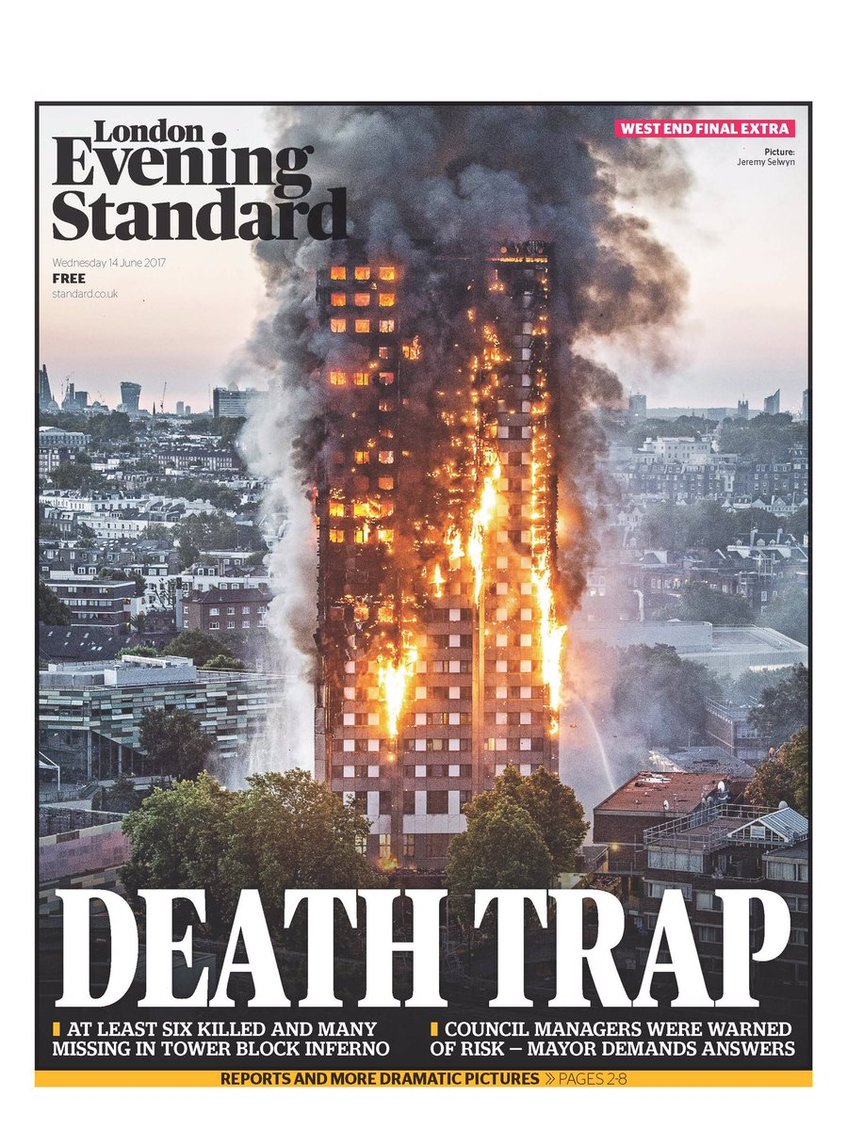 12 people have been confirmed dead in the London house fire on Wednesday.
Six people were earlier announced dead and that the number of the dead may increase as some people had been declared missing.
The BBC reported that the fire was unprecedented in size. The photo of the blaze by the London Evening Standard did not say less, because pictures don't lie.