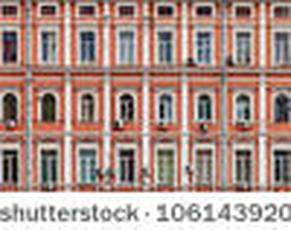 (Courtesy:.shutterstock.com)
About two weeks ago, Maria Lucia, a Brazilian, spoke about issues surrounding the week long protest in her country. Her voice was presented in a video by the New York Times. The aim here is to discuss the issue of the absurd rent, like one of the ills in Brazil Maria mentioned. She was obviously talking about high rent which she saw as an absurdity. High rent is one of the evils that poor people grapple all over the world. Politicians know the importance of housing and they always promise to ease the pain, if elected. But no sooner they may have been elected that other issues detract their attention.
In “The Bluest Eye”, Toni Morrison wrote about how an average American home owner tends his home, because becoming a landlord is seen as an escape from the burden of tenancy. “Knowing that there was such a thing as outdoors bred in us a hunger for property, for ownership. The firm possession of a yard, a porch, a grape arbor. Propertied black people spent all their energies, all their love, on their nests. Like frenzied, desperate birds, they over decorated everything; fussed and fidgeted over their hard-won homes; canned, jellied, and preserved all summer to fill the cupboards and shelves; they painted, picked, and poked at every corner of their houses. And these houses loomed like hothouse sunflowers among the rows of weeds that were the rented houses. Renting blacks cast furtive glances at these owned yards and porches, and made firmer commitments to buy themselves "some nice little old place." In the meantime, they saved, and scratched, and piled away what they could in the rented hovels, looking forward to the day of property.”
The inference here is saying that being a tenant is also part of the problem in the United States, depending where one is living in the country.
In 2007, a tenant lived in a one bedroom apartment in Brooklyn paying $925.00 a month. About to proceed to college, he approached his landlord, who operated a real estate agent office below the apartment, to discuss the possibility of help to get an apartment with a lower rent that would afford him a return to school.
“You want to break my lease. If you try it, I will sue you and recover every dime,” the landlord threatened.
“I plan returning to school. Paying $925.00 rent may be difficult for me giving that I may be deprived working enough hours going to school. I don’t want to owe you or make things difficult for either of us. It is why I have chosen to ask you to get me affordable apartment,” the tenant explained.
The landlord was resolute and ended the discussion there. The tenant walked away almost blaming himself for discussing the issue with the landlord.
But he believed he had done what was humanly acceptable. He decided that if the landlord stuck to his decision, he could remain in the apartment, still go to school and struggle with the rent. But he thought that will be a tough choice.
While at work, the evening of the same day, the landlord called him on phone. “I thought of your discussion with me earlier today. I wanted to ask you:
will you allow me to show the apartment to prospective tenants while you are still there?” he asked. “I don’t want to lose any money by keeping the place vacant when you move.”
“I don’t have objection. I have nothing to hide in the apartment. Thanks for your consideration of my plans.” The
following Saturday, the tenant sought a new apartment on his own, without reliance on the landlord, and got a kitchenette apartment for $750.00 a month.
He has lived continuously in the new apartment for six years. The rent has jumped over a little $900.00 from the initial $750.00. He feels it is becoming herculean to pay the rent. In other words, the rent has become an absurdity. He will prefer to own his own home if he has to cough anything more than $1000.00 a month for accommodation.
Some of his colleagues say he is still lucky that his rent is still below $1000.00, when one bedroom apartment goes a little over $1000.00.  The relocation of a major baseball team from New Jersey to the city was said to be the cause of sudden rent ballooning here and no politician seems to give a hoot about the rent burden on ordinary people . In Lucia words, they do not care, because it does not affect them as politicians. They are the same in Rio de Janeiro, New York, London, and Lagos. They care only for themselves without a need to call them absurd names.
Wherever rent New York City is debated, people wonder how New Yorkers manage with high rent, pay other bills and still happy. Some say high rent causes a lot of people to choose living in adjoining states and commute to work in New York. They say relocation from the city is the only way to beat the absurd rent.