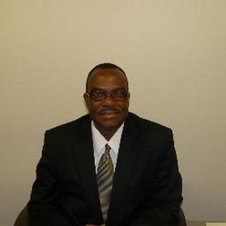 Abiodun Giwa
Let that sink in: If they can’t hear you, “that level of noise is unsafe and potentially damaging,” Dr. Battey said, in a New York Times report of December 6, 2016, about the health hazard, caused by addiction to the use of headphones by children.
Undoubtedly, we all want to enjoy sweet songs from our music players or listen to our family or friends discussion on the phone withouit distractions. One noticeable trend about the use of headphones in the house is that it keeps family members away from communicating with each other.
It makes children unable to hear what their parents are saying withouit first removing the headphone,and that may be after a spell of time, that the father or mother or whoever that is talking has been left at a loss, as to why the person or he or she is communicating cannot hear.
"Daddy, I heard you, " a son told his father. "you did not hear me. Whether you heard me or not, why did it take you so long to respond to me?" the father asked. In any case, the father told his son that anytime he is home, he wants the son to remove the headphone to allow them to communicate, since he has discovered that the use of the headphone at all times by the son has deprived them of the interaction they should be having in the house.
Additioanlly, the father made it clear that he did not want his son to have the headphone on his ears into the night, because that made him sleep too late and woke up too late in the morning. The son said that the headphone was not the cause of his sleeping and waking late in the morning. The father insisted that the bedtime schedule in the house must be honored and that the son must take off the headphone latest at 10:00 pm.
After he had suceeded in staking off his son from the use of the headphone into the night, he soon discovered that the use of headphones by his daughters have resorted into the girls burying themselves under the sheets on their beds after arriving home from school, listening to music or whatever was applicable and careless whether or not daddy and mummy will need them for anything. And their school homeworks also suffred neglect.
The man called his wife's attention to this development, and the result was that both husband and wife agreed on a measure to help and save  their daughters from the addiction. And the measure was that both girls must surrender their cellphones to their mother after they arrived from school, when there would be no need to call daddy or mummy from outside the home. They called the girls and told them their resolve, for them to surrender their phones to their mother, after arriving from school. They both explained to the girls that the reason the girls had the phones was to ensure communication between them and the parents, when the girls were away to school in the morning through to the afternoon hours and  that they did not need phones after school hours. .
The girls agreed to the measure and they saved themselves from what was fast turning to addiction and the parents from worrying about the girls getting cut off from the rest of the household with their headphones on and unaware what about was happening in the house.
The parents and their children soon discovered that that the problem was not the use of the headphones, but the addiction to it, from lack of parental attention and control. If parents don't stop their children from excessive use of the headphones, the possibility of damaging the ear drums cannot be ruled out as the New Times' story suggests.  But the real danger comes from addiction to the headphones and the resultant  distration in the relationship between parents and their children.
The parents found that there was little or nothing they could do about their children's use of the headphones outside their home other than to counsel them to avoid blocking their ears, when crossing traffic intersections, where reports said many people had ran into traffic, unaware of vehicular movement, due to inability to perceive sound outside the one emanating from the headphone.
NEWS AND FEATURES
News & Features Around The World