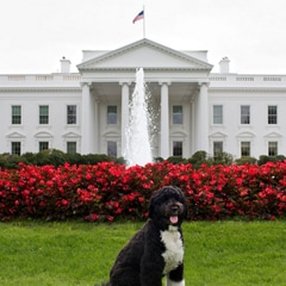 The White House
Friday is the day, when Donald John Trump will be sworn in as America's 45th president. It is the talk of the town by those who approve Trump as president elect and those who still have grouse against his election.
All attention has turned to Washington and it is one major question being asked about whether people will attend or not.
Everyone will like to attend presidential inaugurations. But many people say they don't have time, because it is usually the celebrities and the shakers and movers in the society, who are often invited to grace the occasion, and not struggling people like them.
True, some people say, how do you expect a man or woman, who is struggling to make money to pay the high rent and put food on the children's table, have money to pay their ways to Washington.
Rich people go to Washington for inauguration, most of the struggling people prefer to watch on television after jumping from train into train in search of livelihood. They say watching on television is like you are there, when in fact you are thousands of miles away in the comfort of your home.
​    However, people are saying that in spite of many celebrities' announcements not to attend the inauguration that the place will be jam packed on Friday. One guy said at a gym attended by this reporter that if Trump expects to see 200,000 guests, there will be more than 400,000 who will show up. He said the place will be like a market, as is usually the case, where people go uninvited.
A reminder of a song by one of the Nigeria's popular music star called Ebenezer Fabiyi Obey. He sings that a market called Oyingbo in Lagos does not know whether some one comes or not. And makes the plea for forgiveness if he has annoyed or make anyone angry. This song applies to Trump's situation as he takes office tomorrow, when the White House premises will turn to a forum like a market.
The beauty of the White House came up during the week, when Trump was interviewed on Fox News. He spoke about the White House as a place to be, making one wonder whether there is still a place a man like Trump will describe as attractive and magnetic, considering the palace like tower in new York.  Of course, Hillary Clinton had also said there is no place in the White that she does not know, demonstrating her knowledge of the White House, and the beauty of the place, without verbalizing it.
And that may explain the reason why so many people want to be president, probably for the beauty of the White House, but later to become aged suddenly, after getting drowned with work.
NEWS AND FEATURES
News & Features Around The World