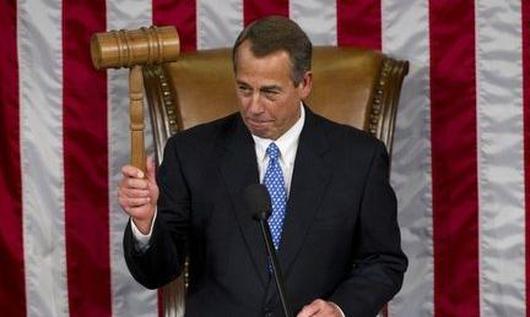 The reelected speaker of the United States House of Representatives,
John Boehner has said in Washington that the American dream is in
peril in a reference to the $16.4 trillion debt. He says emphatically that
this cannot be passed to the American children.
The speaker's statement is part of his speech after winning a hard fought re-
election as speaker of the house. He clinched the seat in an election that
witnessed deflection by some members of the Republican caucus arising
from stalemate over the fiscal cliff senate bill passed by the house, inspite of
his party's opposition to agreement on taxes without spending cuts toward
reduction of the deficit.
With his reelection, Speaker Boehner will lead the 113th Congress as he
has done the 112th Congress, putting to an end the talk about a civil war
within his party and possibility of him losing reelection.