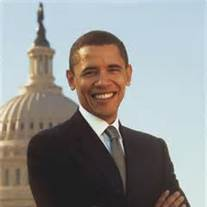 President Barack Obama
This past week has been a traumatic ride for America's foreign policy. Edward Snowden's revelation is having a backlash that has made him a hero in Hong Kong and China against America's portrayal of him. The latest information that some European Union, EU, countries may have been irked that the NSA may have sneaked into its affairs will remind observers the horrendous events last week between the United States and Snowden on one hand, and the US, China, Hong Kong and Russia on the other.
The United States had conducted its plans toward extradition of Edward Snowden from Hong Kong without controversy, believing that Hong Kong and China would cooperate. But instead of Hong Kong to hand over Snowden to the US, Snowden was reported heading toward Moscow in an Aeroflot flight. The popular saying, “In politics, no permanent friends or foes, but permanent interests,” quickly gained currency. Hong Kong and China are friends of the United States, but a revelation that the United States may have hacked some Hong Kong and China’s interests has affected the status quo.     Instead of handing over Snowden, they said Snowden was allowed to leave Hong Kong, unaided.
Yet, The United States thought Russia will hand over Snowden. Information said the 29 years old former NSA contractor who revealed United States domestic telephone and internet surveillance information for publication was in an
aircraft to Moscow, and that he has a plan to transfer to another flight en route Cuba and Ecuador.
Early on Monday morning, television news reports quoted Senator Charles Schumer saying, “We have a treaty with Russia and we expect the country’s cooperation to ensure Snowden’s arrest.” This is immediately followed by Senator John Kerry’s statement that Snowden has placed himself above the law and there will be consequences if he is allowed to board a flight from Moscow.
A chain of events that began with Snowden’s departure from Hong Kong suddenly snow-balled into controversy between the United States, Hong Kong, China, Russia and Ecuador.
Iceland, one of the countries Snowden had reliably said he made an application for asylum had said nothing; diplomatically kept quiet and successfully stayed out of the controversy.
The United States’ representatives talked tough to Moscow about consequences and Russia’s representatives explained Moscow’s ignorance of Snowden’s presence in Russia. It soon became public knowledge that Snowden had arrived in Russia; and that Russia and the U.S. lacked extradition treaty. This ideally may have informed Kerry’s later statement that Russia, one of the permanent five in the United Nation’s Security Council, is legally bound to follow protocols and will hand Snowden to the U.S.
Kerry’s reliance on the United States and Russia’s membership of the UN Security Council hits the end road. President Vladimir Putin appeared at a ceremony in Finland; confirmed Russia and the U.S. lack of extradition treaty, said the U.S should not expect Russia to abide by its demand, because Snowden had committed no crime in Russia.
Snowden remained in the airside of Moscow’s airport; the talks deviated to the friendship and interests between the U.S and Ecuador. Some had canvassed Ecuador be made to lose what it had been enjoying from the U.S if it granted
Snowden asylum. But Ecuador’s president said it was impossible to tie Ecuador’s integrity to material interests.
President Barack Obama said no one should expect him to scramble the jet to arrest Snowden he referred as 29 years old hacker; diplomatically downplayed Snowden’s smartness and the challenge the former NSA contractor posed to the
U.S. foreign policy. He also thought that the events of the past week could become a star-studded movie. He hardly finished his statement when information emerged that further revelation published by Spiegel had revealed NSA likely sniffing on some European countries. And Obama's reaction is that this happens all the time between countries despite being allies.
As the world rests from Chinese newspapers and commentators, including government officials challenging what they US call the US sanctimonious stance, it become manifest Snowden has hit the end road in Russia. His passport having been revoked by the US, he has become a stranded guy. Russia had said it would not hand him over to the US. Vladimir Putin reiterated the statement again and said for Snowden to be given asylum in Russia, where information says he has made a formal asylum application, he has to stop further release of information injurious to our allies! And added that Snowden had said he would not stop publishing the information.
Now Russia is in control of the matter. Full stop. If Snowden is forced to stop releasing further information for publication, where would the information remain? Russia. This explains the reason Snowden has reliably withdrawn his application to Russia for asylum. But information that President Nicolas Maduro of Venezuela has extended a hand of fellowship to Snowden and he is on a visit to Russia at the same time may point seeking a solution for stranded Snowden.