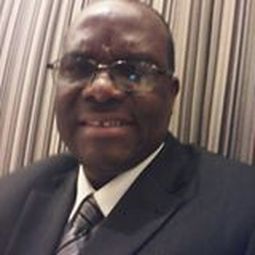 Abiodun Giwa
Some few years ago on my way home from Medgar Evers College in Brooklyn, I rode in a bus through Nostrand Avenue, and my wallet and $20.00 fell on the bus seat unknown to me. I got off the bus at a stop to walk to a barber shop to trim my hair. And to use the $20.00, the only cash on me, to pay for the hair cut.
I was unaware that my wallet and the $20.00 had parted way from me when I alighted from the bus. Later checked my pocket after I stepped into the barber shop to be sure I had the money to pay for the service. I could not find the money and the wallet. They were gone.
No one picked my pocket. I was a little careless. I had a book in my hand that I was reading. did not know how the wallet got off my back pocket and the $20.00 that I held fell along with the wallet and lost. I felt as if I was hit with a bullet. Inside the wallet were my asylum papers, employment authorization card, credit cards, bank debit card and the social security card. It was like my entire life was stuffed inside the wallet and that without the wallet my life was gone.
The baber watched me as as parabulated in front of him checking my pockets and he asked about what was wrong with me. I told him that I could not find my wallet that contaned every documents that I had and that the $20.00 that I intended to use to pay him for the hair cut was also gone. I told him how I rode a bus and dismebarked from the bus at a bus stop near him and found that all I had on me had vanished as I walked into his shop.
The barber proposed that I should go out to see if I could trace the bus. He hardly fininshed talking when a guy entered the shop, and myself and the guy almost ran into each other at the door. I was unaware he had my wallet and possibly the $20.00 cash too. He heard me still taking about the wallet as I waled toward the door. Surprisingly,hHe pointed the wallet at me without having asked for it! I thanked him, and quickly aksed if he saw the $20.00. He said he did not see any money.
I let him go. Why would not I? What mattered to me was the wallet and the documents that represented equivalent of human soul. Equally, the barber said I should not have asked for the $20.00 at all, because he said the guy was not coming to look for me and hand over the wallet back to me. He said the guy may have found the wallet on the seat and did not know I was the owner, and he was not coming looking for me and that whatever made the guy give me the wallet was a miracle to him.
"Slow down, my friend, slow down," the barber, a Jamaican, advised me. "You are damned too fast!  At times, I watched the way you walked in here and the way sprinted out after cutting your hair." My response to the barber was that one had to be fast in whatever one was doing here. And moreover I am an immigrant. And that I came here for a purpose and had no time to waste.
The barber later cut my hair for me. I got money from a nearby ATM for his service. I left his shop with thoughts about what would have happened had the wallet got lost and I could not recover it? headed back home - four blocks away from the barber shop. thought I needed to slow down as the barber had advised as iwalked home.
But naturally, as an immigrant, if something is not pursuing you, you will be pursuing something. How then can one slow down in this situation? Ordinarily, immigrant or natural born citizens who are serious with what they are doing don't slow down. You don't rely on government handout, food stamp or any form of assistance from anyone, and you want to slow down?
I felt that slowing down is dangerous and could lead to finging yourself being put out or falling into begging for assistance or food stamp or sudden poverty. It was not what I intended in America. I still have a place to return after my pilgrimage here, and I must reurn with a bountiful harvest like any other serious immigrant would want to. I work and pray, and I pray and work, toward realizing my objective.
Do you want to know what it means to be put out in America? Read Tony Morrison's "The Bluest Eye", a book I plan to publish its review soon, to mark the beginning of book reviews on Global Pentorch.
HTML Comment Box is loading comments...
NEWS AND FEATURES
News & Features Around The World