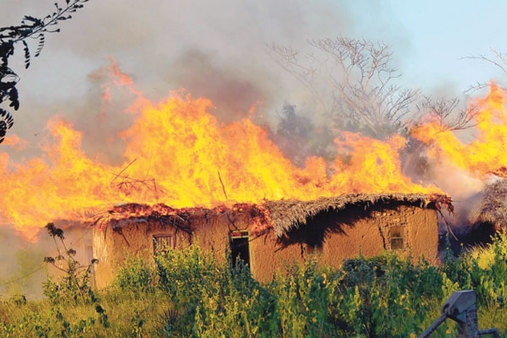 Mali
French troops has repelled Islamic militants from Konna, on their way to
the South of the country, an expansion from the north which they have
seized.The French government says the presence of its troop in Mali is the
beginning of efforts to push out the Islamic militants.

Kenya
About 10 residents, among them children, were killed in Pokoma village,
Toma River delta region of Kenya. Officials gave revenge as reason for the
slaying. The Red Cross said survivors were treated for gun injuries, machete
wounds and burns. In 5 months about 200 have been killed.

United  Kingdom
Police said that 100 people were likely to have been killed by stabbing in
irmingham. Unidentified 23 year old male was reportedly arrested.

Australia
Bushfire surges in more than 100 places were reported in Australia, and
fiery winds had made controlling the fire difficult. Though, the temperature
were said to be lower than expected, curtailing dangers to human lives.

Syria
Rebels had a breakthrough when they seized a military airbase used by
government forces to bombard its position north western part of the country. .
Meanwhile, talks between the United Nations envoy, Mr. Brahimi, United
State’s deputy secretary of state, William Burns and his Russian counterpart,
Mikhail Bogdanov at ending the war was unsuccessful.

South Africa
3 deaths and 8 injuries were reported in a road accident between a truck and
taxi cab on R 103 in Moil River, Kwazu/Natal. The Transport Inspectorate
Authority said the cab caught fire after a collision with the truck. (SABC NEWS)

Sudan
50 rebels were reported killed by the Sudanese Army in a clash at south
Kardofan State. The casualties resulted from efforts by government troops to
repel a surge by the rebels in the region. (SUNA)