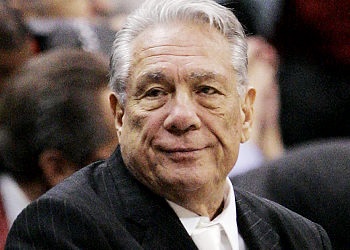 Sterling
Have you ever given a thought to the power of the audio and its capability to bring down the mighty? It is about whatever has been recorded and gets out can never erased. It is the power of the audio.
Mitt Romney admitted that it dealt a blow to his presidential campaign. And now it had swept off Clippers owner, Donald Sterling, off his feet.
"I wish I had just paid her off," Sterling said in a statement published by the TMZ, a reference to her ex-girlfriend who recorded his comment that had put him in double jeopardy. He said that he only regretted the audio got out.
There is a lesson here to be learnt from Sterling's predicament and the power in the word. Perhaps, if Sterling had remembered Romney's experience, he would have avoided anyone putting him in an audio without verification that the audio would not be damaging to him. The irony in Sterling's matter is that unlike Romney's, his is not a secretly recorded audio. It is what make the elders counsel that one should ponder carefully before making an utterance, because once made can hardly be taken back. Paula Deen is another living witness who can testify to the damage the power in appropriate comment can do. All her begging could not undone the damage the destructive word had done to her.
In Africa, utterance or the spoken word is likened to an egg; once it hits the ground and breaks in pieces cannot be collected back. The damage cannot be undone. It is what has made technology has made the word on record capable of bringing down the mighty.
Look at the swiftness it has unraveled Sterling: Banned from the National Basketball Association, NBA, for life in addition to a $2.5 million fine and a possible forceful separation from his team. Although, there are words that he may not give up his team as being requested by the NBA without a fight, wouldn't it have been better to avoid this discomfiture at a time for peaceful retirement?
Click to set custom HT
Comment Form is loading comments...
ML
NEWS AND FEATURES
News & Features Around The World