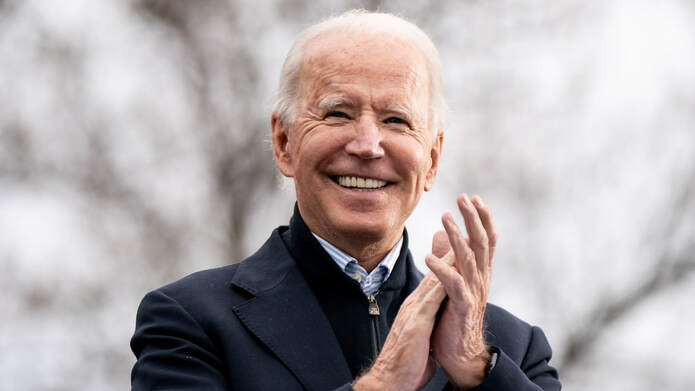 President Joe Biden
​   What policy mishandling has made Biden so unpopular? Is it the surge of the Delta variant of Covid-19 in the United States or the ruining of the Afghanistan evacuation? Or is it the entire lackluster of the administration since inception?
These questions arise because various news outlets seem not in reality with how the president  has become unpopular. While other liberal media outlets wrongly attribute the president's problem to the Delta variant of Covid-19. This follows the New York Times story that has asked a question about why Biden has become so unpopular.
Virtually all major news outlets have culled the New York Times' story to question Biden's emerging unpopularity. "It is the Pandemic, Stupid," The Atlantic captions its report explaining the reason for Biden's slip in the polls. The paper's report opens with a statement that losing a war undermines people's trust and then diverts to the Delta variant as the issue in the center of Biden's problem.
Various reports by the liberal outlets create a feeling of a wish to sustain the idea for readers to believe that Covid-19 may likely be the war undermining Biden's performance ability. But, they lose sight of the problems arising from virtually significant policies of the administration: From the open border to the cancelation of the XL Keystone Oil to the botched Afghanistan evacuation. And that the worst, so far, seems to be the botched Afghanistan evacuation.
These are the highlights of the botched evacuation that the liberal media attempt to underplay. The first is the killing of the American Marines in a suicide bombing at the airport. The second is the decision of the administration to keep to the August 31 deadline and leaving some unconfirmed number of Americans behind. The third is the report that the administration handed the Taliban a list of Afghans that helped Americans during the war in the country.
Lastly, a report has also surfaced about some aircraft sitting at the Kabul airport with Americans inside. The Taliban have not allowed the planes to leave because it is reportedly seeking to use it as leverage to make the Biden administration recognize the Taliban. Perhaps, the reason for the secretary of state and the defense secretary's diplomatic shuttle to Europe and the Middle East respectively in the middle of the development.
The media's position is understandable concerning the fact that most of them are in agreement with the administration's policies. They can hardly believe the sudden turn around in the administration's fortune. Holding Covid-19 responsible for the administration's misfortune is running from reality.
​     Of course, the current Covid-19 surge in the country needs timely intervention before it will further dim the administration's light.