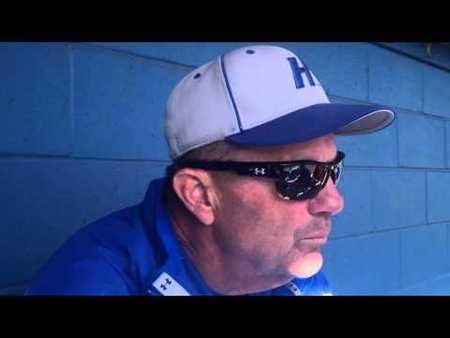 TEACHABLE MOMENT
Another teachable moment with Coach Edwards is watching him talking about his feeling when his team is winning. "It means the preparation prior to the game was possibly very good. It means the players are executing what they need to execute at the level it takes to win. It is all about the execution of plans that make playing games unique." He describes softball as partly individual game, where there is one ball to be hit by one person, who has to make a play. But then, there is a need to make sure individuals are functioning within the team concept. Thus, when the team is winning, he seeks to ensure the team is playing at the highest level to sustain the momentum and avoid a situation, when winning can also turn into loosing or tied game.
"If you created a new sports, I would want him to be my coach. He would most quickly identify talents," said Jack Hayes, a former Hofstra Athletic director in a the New York Times' interview.  "I think he wants to succeed more for us than we do for ourselves," third baseman Tara Urlich, a 2006 senior Psychology major said. And Bill Edwards has succeeded as a teacher, softball coach, husband, father and grandfather father as can be mirrored from his captivating and over-powering smile.