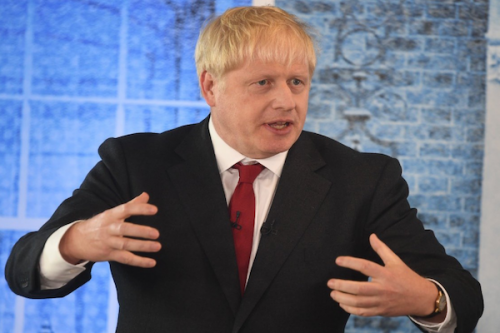 Prime Minister Boris Johnson
Boris Johnson, the prime minister of the United Kingdom, has been moved into the Intensive Care Unit at St. Thomas Hospital in London, second day after his admission in the hospital on Sunday.
Reports from London describe the movement of the prime minister into the ICU two days after his admission as a precautionary measure, amid serious concern in diplomatic circles.
As a prime minister, he is expected to be leading his country in the struggle against coronavirus devastation. Reports say the prime minister had held up steadily against the symptoms of coronavirus since he tested positive 10 days ago.
But on Sunday, he was witnessed showing signs that symptoms presence in his gait were stronger than expected and was manifestly in need of medical intervention after a meeting at Downing Street.
There are discussions that before the prime minister would seek medical intervention and then agreeing to move into the ICU, knowing fully well that the news would get to Britons, his case must have been palpable. Some observers think there is no big deal in the prime minister's admission and being moved into the ICU.for proper attention like any other person under coronavirus attack. They say the prime minister is human like everyone and that it is better to take proper care of him medically than leave him for coronavirus to devastate.
People understand that the country would not come out and say categorically that the prime minister's is in danger. They say Britain is home to diplomacy and it is apparent that no one can be admitted in a hospital or be transferred into ICU without justification or just for the sake of such movement. The prime minister's experience with coronavirus has made the coronavirus devastation and the need to safe guard oneself the beginning of wisdom.
However, many observers in the United States express optimism that the prime minster would get well and that his condition shows what the coronavirus is doing to the world as no respecter of persons and offices. Already, the virus has killed over 72,000 people around the world and shut down most vibrant economies. In Britain, over 5000 people have been killed amid struggle by health workers all over the world to save as many lives they have the capacity to save.
There was a gleam of good news on Monday around the world following seeming slowing in daily reports of death in Italy, Spain and the United States. Despite the gleam of hope, officials are still alert and telling their countries to not think the battle against coronavirus is over. In New York, the epicenter of the devastation in the U.S., Governor Andrew Cuomo said:
"The number of  patients in ICU is down; the number of death is down and the number of admission is down. A possible flattening of the curve." The governor's statement is supported by statistics. Against this development, there is a dire warning from the surgeon general of the United States that this week should be viewed as the week for worst expectations. He likens what should be expected  to Pearl Harbor experience, but that all will be well if everybody does his or her part.
Widget is loading comments...
NEWS AND FEATURES
News & Features Around The World