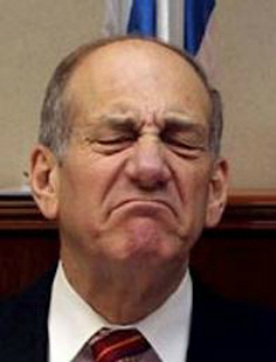 How are the mighty fallen," is a popular biblical phrase employed by King David in the scripture following the fall of one he deemed mighty. The term is still relevant today as then. There is no time such a term is appropriate than in the case of former Israeli prime minister, Ehud Olmert, who has been sentenced to one year suspended jail term. He was found guilty of breach of the trust.
The former prime minister was charged for an offense he committed when he was a mayor of Jerusalem and served under Prime Minster Ariel Sharon. He was accused of receiving money from an American for official favors, acted in the place of his ex-law partner's client and double billing government departments for travel.
The law has taken its course, and Ehud says he respects the law. " I honor the decision of the court and will learn the lessons form this." Olmert reminds observers what the court said that there were procedural problems rather than corruption. He said he didn't  take anything to himself but he acted in a way which was contrary to procedure.
Ehud Olmert was prime minister from 2006 after he succeeded his boss, Sharon. He resigned when the Police said he should be tried in 2008. He left office in 2009 when a new government assumed office.
A lesson to learn by politicians all over the world from Ehud's predicament is that to whom much is given much is expected. Anyone in a position of authority and trust must endeavor to follow procedures and not waive or bend procedures for any reason.
HTML Comment Box is loading comments...
NEWS AND FEATURES
News & Features Around The World