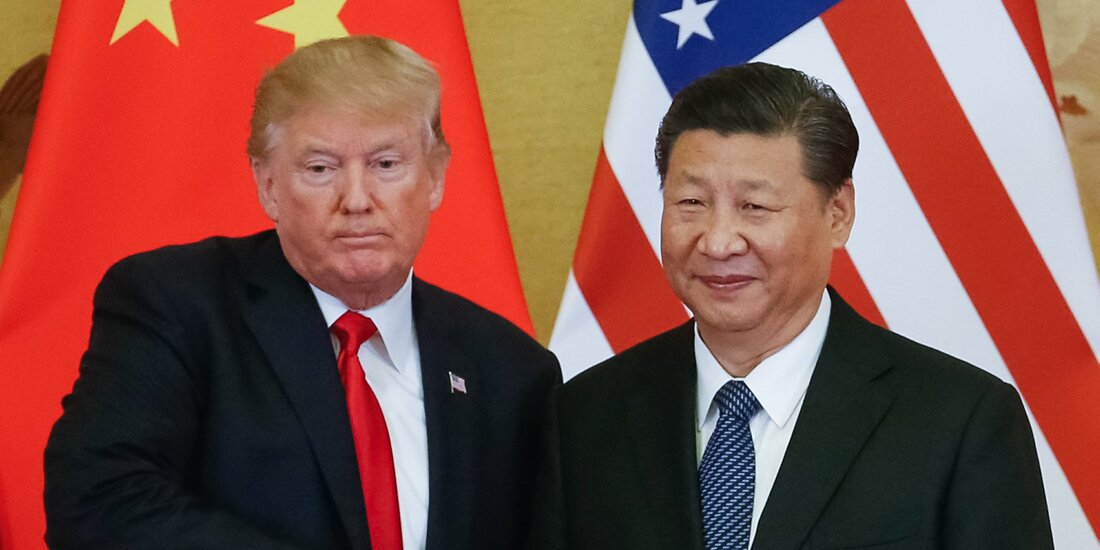 Trump and Jinping
China has ordered the closure of United States Consulate in Chengdo on Friday, fulfilment of a vow to retaliate the United States ordered closure of Chinese Consulate in Houston. Both countries have achieved even ordering the closure of each other's consulate. But it remains to be seen whether both countries will respect the order for closure.
China has been reported as saying that it will not close its consulate in Houston against the wishes of the U.S. government, while another reports says that the U.S. government has given China up to 04:00 p.m on Friday for China to close the consulate in Houston. And another report says people have been seen packing bags into a waiting van at the Houston Consulate.
China's ordered closure of U.S. Consulate in Chengdo did not come as a surprise, unlike the shock over the closure of the Chinese Consulate in Houston. Although, observers had thought there could be an action coming from the U.S. over continued acts of China to disrespect U.S. continued demand for openness and transparency. No one thought it could be the closure of a consulate. Lately, observers' thought became heightened with the announcement of the arraignment of two Chineses hackers who allegedly wanted to tamper with the Covid-19 research.
Rather than discuss the issue of lack of openness and transparency on its part, China chose to retaliate to close a consulate. The U.S. has said it is not the only country that has raised a flag against China's lack of openness and transparency. It said further that China is working to be number one in the world and careless  about how it achieves its position whether it damages other countries or not.
In essence, the U.S. is saying that China does not comply with rules and regulations. The U.S. seems to be careless about the tango with China may have on trade between the two countries and the world at large. First, observers are saying both countries will suffer the effect the tango on trade and then spiral to other countries, who are as well worried about China's ways.
It is here that curious observers say efforts by the U.S. to bring other countries or its allies to table discussing the danger that China poses to the world matters. For example, people talk about Australia that is reportedly rethinking of its priorities in term of military preparedness, because they say when Australia asked questions about how China has handled the Covid-19 crisis, China breathed down on Australia. People also talk about India as also at the receiving end of China's totalitarianism over a border dispute in which India lost 20 members of its military.
People are saying that now that both U.S. and China have ordered closure one each of their consulate in either country, the debate about the accusation of lack of openness and transparency against China should begin, and that China must defend itself against the accusation for lack of openness and transparency.
The questions that most people cannot answer and and for which they seek answers are about whether it is possible to offer something that is strange ac to one's culture, where openness and transparency is not a way of life, and whether globalism is about disrespect for openness and transparency.