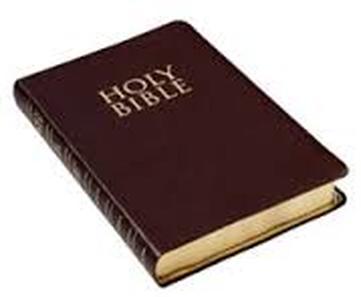 The new travel ban that has just been rolled out of the mill by President Donald Trump, despite the trouble his administration has experienced from the the first travel ban, is a reminder of a sermon in the Church on Sunday about Christians and the law.
The pastor stated clearly that "Christian and the law" or The Law and the Christians," is the title of his sermon, and that he derives the title and the discussion from the day's worship Bible reading in the 1st Timothy 1:17.
First, he said that the law is good, if it is not aimed at oppressing others or making life miserable for the people. He made a reference to the Ten Commandments and asked the congregants to read from 1st Timothy 1:9, which says,"The Law is good if a man use it lawfully."
The Pastor talked about people in authority or rulers and their subjects. He said that the law is good, if it is not meant to oppress or torment the righteous. In this case, the righteous are the law abiding people and every Christian is supposed to belong here. He said that the law must be used carefully and not be misused or abused.
However, he divided the subjects under the authority of the rulers into two: The righteous and the law breakers. The righteous, who obeys the law, according to the sermon don't fear the law, unlike the  law breakers. He said the law is meant to arrest the righteous, but the law breakers. In this case, it is clear that it is not only Christians, who are righteous, but all who obey the law. And the pastor said that people who obey the law don't fear the law and will not fight the authority for the enforcement of the law.
Aside from the peace that reigns in the society, where the righteous are in majority, the pastor enumerates what happens in societies without law or enforcement of the law. According to him, insecurity will become an order. The society will be ungovernable. The absence of law or enforcement leads to lawlessness and anarchy. People use their power of position and wealth and crimes become normal.
The Pastor talked about home some unnamed individuals in the area of the Church location used their power toward frustrating the branch from being sited there. There was a day he said a man used two cars and chained down a car that belonged to a member of the congregation and demanded who could free the car from the chain down. And said that because he that watches over Christians never sleeps or slumber, the Church was victorious.
The Pastor's sermon reminds the reporter about George Washington's statement in response to the Shay's rebellion in the summer of 1786, and the reason he thought government must be firm at ensuring that no group threatens the peace or create lawlessness for selfish reasons.
"If they have real grievances, redress them if possible; or acknowledge the justice of them, and your inability to do it in the present moment. If they have not, employ the force of government against them at once. If this is inadequate, all will be convinced, that the superstructure is bad, or wants support. To be more exposed in the eyes of the world, and more contemptible than we already are, is hardly possible.  To delay one or the other of these, is to exasperate on the one hand, or to give confidence on the other, and will add to their numbers; for, like snow-balls, such bodies increase by every movement, unless there is something in the way to obstruct and crumble them before the weight is too great and irresistible."
The immigration law is a law. Is it a good or bad law? Should it be enforced or not and should it be respected or not? These are the questions confronting the American society today. Is the immigration law oppressive or tormenting to the righteous or the law abiding?What should the government do to curb protests and demonstration being sponsored by billionaires that are almost turning into acts of rebellion against the government?
NEWS AND FEATURES
News & Features Around The World