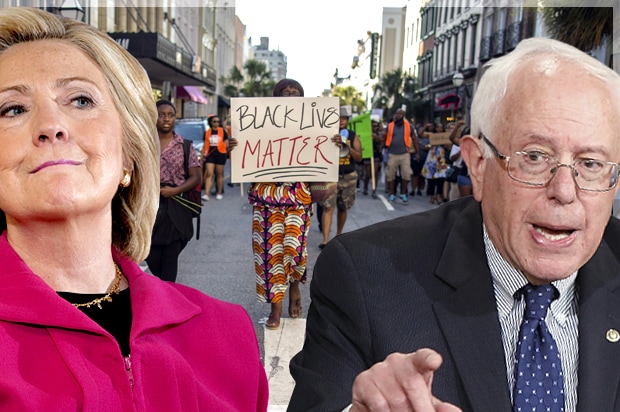 Hillary Clinton and bernie Sanders
I heard the news during the week that Hillary Clinton had said something she never said before as responsible for her election loss.
The report said that Clinton said that it was the Democratic Party that caused her election loss, because the party was broke. And that the money, which she should have used for campaign had moved somewhere else and that deprived her active campaign in some battleground states. .
Why would anyone be surprised at the latest revelation by Clinton and the pushing of responsibility by the party's leaders?
Won't people remember all the reasons that have been advanced earlier as the cause of the election loss, and has anyone any thought that there is one salient truth being shrouded from the public and for what reason?
Americans and the Clinton's sympathizers around that world have heard about James Comey and the Russians' alleged  interference have been advanced at various times as the cause of Clinton's loss of the election. No one has mentioned the role that the party may have played in the election loss. With the latest revelation from Clinton herself that her party was in disarray will remind us of the works of the Bible that we will hear the truth and the truth will make us free.
Having heard so much about James Comey and the Russians' interference, people can relate to the FBI investigations of Clinton use of private email as secretary of state and the Wikileaks' publication of information about the Democratic Party, said to have been hacked by the Russians. But many observers are still wondering how can it be possible for Russians to have caused her loss of the election without physical presence to persuade voters, about who they have to vote and who they don't have to vote for.
Possibly, Clinton may one day add lack of physical fitness to the array of many faults that marred her election. It will be premature for any9one to add physical unfitness to the cause of her losing the election, since she has not mentioned it herself, just as she has withheld the latest revelation about the Democratic party's role.
Notwithstanding that the world saw her fall at the world Trade Center along with others published by the media, Clinton and her supporters would make the world think she is the most physically fit candidate for president.
Just after candidate Clinton's revelation, Bernie sanders went to Brooklyn College and said that the election was over, but the struggle and the resistance continued. Is it the struggle and resistance against the type of maltreatment of him by the Democratic Party undemocratic preference of Clinton to him in the election?
There are times one listen to the politicians that one will remember the Lord's parable that "Again I tell you, it is easier for a camel to go through the eye of a needle than for someone who is rich to enter the kingdom of God," because of half truths, half lies and the tendency to confuse the public with counterfeiting rhetoric, capable of holding the public in bondage, than giving us freedom from unwholesome camaraderie.