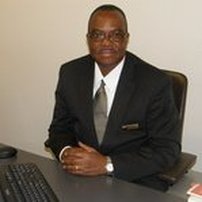 The man has come to work on Tuesday to report the loss of his son and extraordinarily by suicide, at Flatbush, Brooklyn, New York. "My son died by hanging. I have come to report. I cannot work today. I have to go and begin to make arrangement for burial."
He shows the reporter a photograph of his handsome son and the announcement of his passage, on a social media interactive page, with sympathizers' condolence messages.
He breaks into sobs. "Ha, I am going to bury my own son." he said. "Why?" he followed with a question. "He was in Florida to see his girlfriend. He returned and hanged himself. He was depressed."
The sobbing have gone out of control. The pain he is having is manifest. He says his son is supposed to bury him and not him burying his son. He says he is not alone in pain, and that other family members are also in pain.
It is not the first time one will come across a situation like  this that is a reminder about the inevitability of death. It is understandable, when people die in good old age. But not when an eight years old child suddenly succumbs to the cold hands of death; or when a husband finds he has suffered the  loss a beloved wife, and when a healthy person is forced into the hands of death by murderers.
Everyone wants to live and not die, it is why a case of suicide raises more questions than answers about why anyone will decide to take his or her own life. What experience will push one to doing that, without the thought of the pain he or she will be causing loved ones, a pain that is worse than losing one's life.
One can understand the pain that comes from losing people dying in good age to death and the need to bare such pain. But certainly not the pain of losing a relative or a friend at the prime of life? As the man walks away sobbing and managing with questions about why he must bury his own son, thoughts about past experiences of such loses overwhelms the reporter.
The picture of a friend loss of a wife here in new York and his phone call to announce what has befallen him resonates. A memory of the loss an eldest brother to a bomb attack in his home in 1986 and the sudden death of an eight months old beloved daughter in 1989. It is a reminder that things happen to people all the time like the loss of loved ones and baring of the pain. When the friend called about his wife's death and you rushed to be with him, the extent of his devastation showed the awfulness of death. and capability to spoil joy. When you see someone who is bereaved, it reminds you about your own experience and the devastation, and that it is the price we pay for being here on earth to live and die. And not just to die in old age, but also to die in accidents or get killed. It is what has made human life a senseless proposal, an immodest proposal we have no choice of accepting or rejecting.
It is one proposal that humans have unwittingly accepted, one that we have chosen to live with and bare the pain.
Based on experience,you know the extent of pain a man who has lost a son in his prime by suicide without being told. It is the pain of life and the pain of death
To whom do we take this case of unnecessary pain, a pain that has taken away the joy and comfort that should be our inalienable right? Is this not part of the imperfection in the world that we call a home, where one can be forced to go to another home, when not ready for such a life devastating journey?
It is the human experience that has made life brutish, useless and lack of meaning. Imagine, just imagine how sweet and beautiful life would be, if people don't die. Daddies, mummies, brothers, sisters, nephews, nieces and cousins are all alive enjoying God given love and comfort, without death the spoiler taking anyone away.