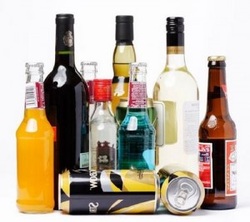 www.drugfree.com
About 42 people have been reported dead in Mubarakpur village, Azamgarh district in the state of Uttar Pradesh in India, after drinking contaminated alcohol. Many others are said to be struggling for survival in a hospital, while some of the victims have lost their sight.
'Desi Daroo' as the home made alcohol is called, costs about 20 rupees (20 US cents) and it is mostly drank by the poor.
One report says that chemicals and pesticides are often input in the Desi Daroo's content for it to be more toxic and create a deeper state of excitement.
The police confirmed the incident it said happened last Friday, apparently beginning of weekend enjoyment.
NEWS AND FEATURES
News & Features Around The World