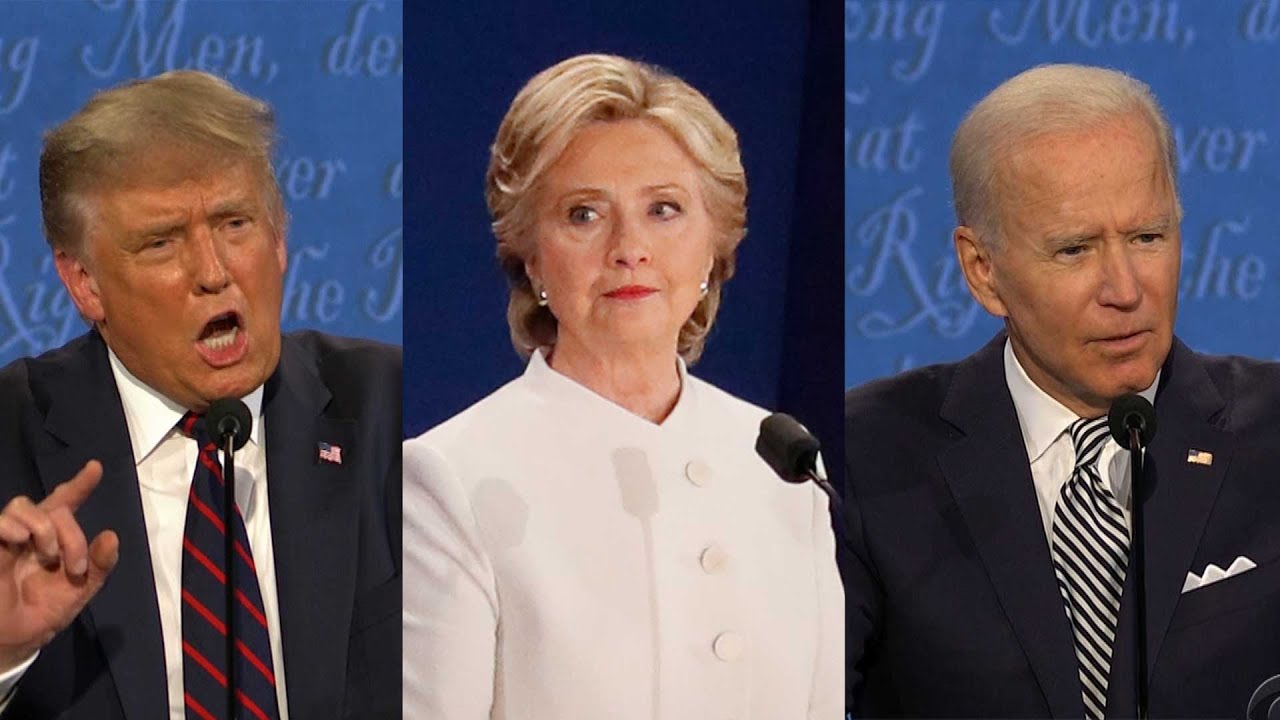 President Donald Trump, Hillary Clinton, and President Joseph Biden (Courtesy: Youtube).
The Democrats and the Republicans are still at loggerheads almost six years after President Donald Trump's defeat of Hillary Clinton. Although Clinton conceded the election, she later turned and called President Trump an illegitimate president, even though Trump was legitimately elected. Many Democrats have said Trump was not their president because he was a crook. Whenever anyone tries to say otherwise, they say such a person is from an alternate universe. And Democrats made a crime out of Trump's disagreement with the 2020 election.
The January 6 investigation committee members have utter disregard for President Trump. The committee is passing judgment before the conclusion of its hearing. The committee's hearing has become part of the enmity between Democrats and Republicans and the vengeance by Democrats to defeat the rise of an ultra Republicans called 'Maga' within the Republican party. Americans are still uncertain of the direction that the fight between Democrats and Republicans will go and its end. However, the Democrats have indeed stepped into the shoes of the Republicans before President Barack Obama's election.
The inglorious Iraq war caused the Republican Party's unpopularity before the election lost by Senator John McCain to Obama. Now the democrats are wallowing in fears of likely election losses very shortly arising from their mismanagement. Americans are disgusted by the current economic and social situations in the country. Democrats believe and tell Americans who will say to them the truth that they are wrong. When would Democrats accept President Trump as a legitimate president and address him as such? When Democrats right their wrongs, observers can join them in getting the January 6 investigation committee. The committee members must also accept President Trump as a legitimate president, and then a question can arise about why President Trump and his supporters are questioning the 2020 election results.
Republicans are gaining, and Democrats are losing the love. May God bless John McCain, who would have been president but lost the election due to his party's lack of public attraction. As an English student, I made this assertion clearly in a political class discussion in 2007. I told the class that McCain had larger-than-life fame, but his party's image would cause him the election. I said Hillary Clinton had lost the public's approval because most people asked what she was looking for after eight years in the White House with her husband. And that the newcomer, Obama, could be the next president if he could defeat Clinton in the Democratic Party's primaries. It happened! Obama defeated Clinton in the Democratic Party's primaries, rode against McCain in the presidential election, and became president.
Clinton suffered the same fate in 2016 that she had in her party's primaries with Obama in 2007. She won her party's primaries but failed against Trump, because she lacked the acceptability to win an election. She may be prevalent within her party but will fail when she contests with a brand sharper than hers. People now accept that America can be made great and better than a country clouded with unacceptable economic and social problems. Democrats need to work and correct the wrong perception they have created about the inability to govern. Democrats must, using the words of Craig E. Johnson, meet the ethical challenges of leadership.
America was far better under President Trump that what is currently obtainable. Leadership is about performance and outcome, and not about whether one is a crook or a saint. None of us can claim sainthood anyway because we lack the qualities. What will be remembered about us is how we have impacted humanity or otherwise.
​