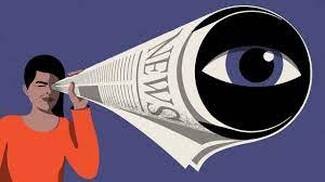 Courtesy: The New Yorker
America is the number one democracy in the world. People believe that the United States' democracy is without reproach. But people who have followed America's democracy and other democracies worldwide know that democracy with its checks and balances makes it a little suspect and capable of errors.
Moreover, there was a democracy in Greece before our times. One lesson from Greece and modern democracy is that both are humans, and anything human is never perfect. Therefore, it is not free from human struggle as a political system.
Socrates' experience in the hands of his political opponents in Greece is not alien to modern democratic practices. He was a victim of lies by politicians who thought his tutorial to young people against politicians immorality was criminal. A revolutionist based on Ernest Hemingway's story in 'Revolutionists' run the risk of being branded a danger to society. They end in jail or eliminated unless saved my mother's luck. And an outcome of senseless competition among powers jostling for control.
All that people hear before physically arriving in the U.S. is like the country is like a Jerusalem described in the scripture - paradisical that is devoid of harm or hurt to people, and everything perfect. However, one comes to the reality after witnessing the competition between the two major political parties and their top players that the politics here is not different from what you have known in a backwater country. Politicians and party's interests come first and the public interest is secondary.
Ideological lines decide the political sense of belonging. Equally, media practitioners are divided. They support one party against another. The two major political parties, politicians, and media struggle over policy-making decisions. Mindless of transparency and accountability, and the public interests. A divided media's role affects openness and accountability and scuttles general wellbeing.
All these are the sicknesses that plague governance in backwater nations. Unfortunately, the same is applicable in the U.S. Imagine the polarization between the major media houses here. There are Liberal and Conservative media outlets. The Liberal outlets support Liberal agendas, and the Conservative outlets support Conservative plans. However, The Liberal media outlets outnumber Conservative media outlets, allowing Liberal politicians to manipulate the need for transparency and accountability.
The Fox News cable channel refers to the Liberal media as the media as if it is not part of the outfit. Although, it is currently holding the Liberal government accountable, unlike the Liberal outlets. One wonders why the Fox News cannot call out major Liberal outlets by name. They do at times call out bigwigs like the CNN, the MSNBC, and the New York Times. The disparity between various media houses disregards public interest and damages democracy.
The problem with democracy will be prolonged until there is some form of unity among media outlets regardless of ideological bent, and the media can perform its role as the Third Estate of the Realm, united in holding leaders accountable irrespective of the political party involved.
Comment Box is loading comments...
NEWS AND FEATURES
News & Features Around The World