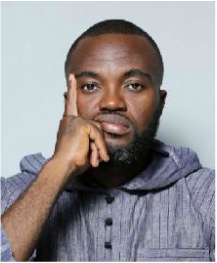 Frederick Nuamah
Invitees to the 7th edition of the Ghana Movie Awards on December 4 in Accra have been given a dressing code, which frowns on the wearing of shorts, news reports by Ghanaweb, based on awards' organizers' statement
Patrons coming to attend the awards have been warned against appearance e in short dresses. The awards' organizers represented by Frederick Nuamah said that Tuxedo or black ties are recommended for the men and the evening/dinner gown for ladies, and said that no short dresses will be permitted.
Observers see the development for the awards in term of what patrons must wear as an unusual control about what people must wear to a movie awards' ceremonies in the 21st Century.
Kanawu, one of the respondents to the news report said, "You cannot dictate the length of women's clothing, but you can classify the extent to be a formal function and prevent t shirt wearers and indecently exposed women from entering."
Another comment from Kaakie said "Great idea, but some will wear a long gown/dress but the front side will be shaped n cut to show at the thighs. Some will also shape it to show their breast. What abt that?"
One comment wishes that traditional dresses should have been considered by the organizers. "Why do you always want to copy foreigners? You are doing this in GH and want to promote and want to promote Ghanaian culture by deciding full traditional wear! This is going to be televised live and what will show as Ghanaian/African to the w.
Against to the last response recommending traditional wears, it is noted by curious observers that modernism will never allow organizers of movie awards in foreign countries to recommend any particular dress code to its patrons.
Kwasia, another respondent said, "There is no dress code in the Ghana Constitution and that people can wear whatever they want.  But there is no way of reaching the organizers to see if it will in anyway adjust its decision to rhyme with respondents' wishes.
NEWS AND FEATURES
News & Features Around The World