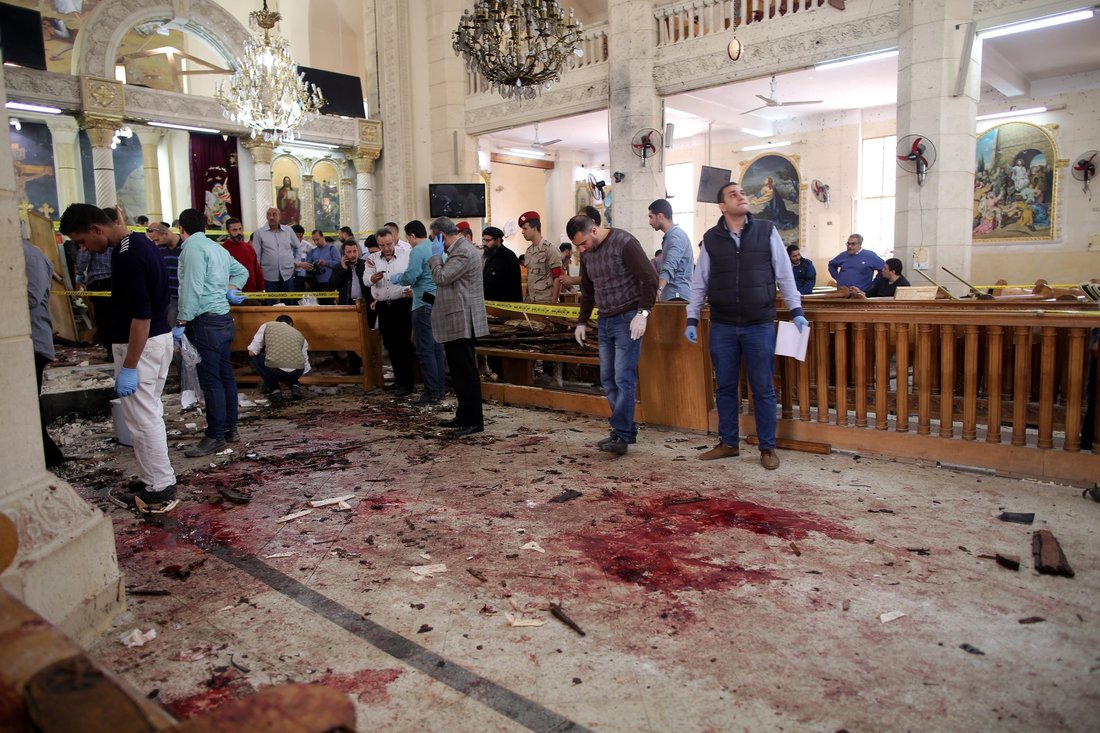 The scene in one of the Churches attacked on Sunday. (Courtesy: NYTimes)
The ISIS had accepted responsibility for the latest attack on Coptic Christians in Tanta, near Egypt, on Sunday, in which dozens died and about 100 wounded.
Two Churches came under attack simultaneously. The first attack at St. Georges Church killed 27 people, while the second attack at St. marks Church killed 16.
President El Sisi has therefore been compelled to declare three months emergency to deal with the latest terror attack in Egypt. Sisi described the attack as an attempt to set Egyptians against one another.
The attack in Egypt is more worrisome, coming on a palm Sunday, a day marking the beginning of the Easter celebration, after a month long of fasting and prayers.
It is the second time that the Egypt Coptic Christians have suffered severe terror attack. There were attacks on St. Peters and St. Paul in Cairo respectively, late last year, with large number of casualties. .
NEWS AND FEATURES
News & Features Around The World