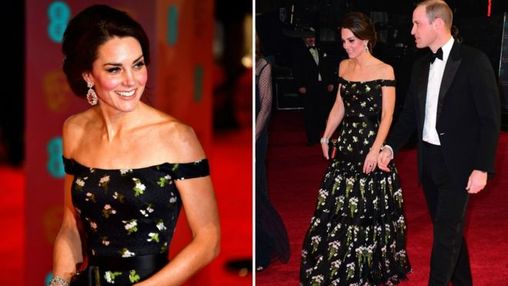 Grammy needs no introduction as the Recording Academy's award for outstanding artists. But what is Baftas? Imagine what happens to readers, when these two different versions of entertainment awards, hit the news wave the same time.
It was the 59th of the Recording Industry's Grammy Awards' night on Sunday and the British Academy of Film and Television Arts Awards' night in London.
​    Adele was at the Staple Center in Los Angeles, far away from London, while La La Land won four awards from Baftas in London.
It was the height of the entertainment world in Los Angeles and London, where Beyonce won an award for the best urban contemporary music, Adele went home with three, four and five awards, (depending on your source of information) and David Bowie posthumously came alive with awards. 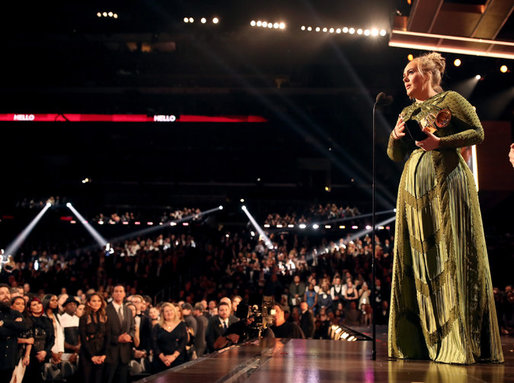 Adele (Courtesy:New York Times)
But unlike the U.S. Grammy Awards' ceremony, the Royals in London were part of the glitterati that graced the red carpets at Baftas. Without the news of the Royals' presence at Baftas, observers would have found it a little difficult to distinguish between the two entertainment awards, despite the difference in name and purpose.
Understandably, Baftas is the equivalent of the Oscar in the U.S., the awards for the film and television personalities. The reason that recording personalities like Adele was in Los Angeles and not in London, and the reason stars a like Beyonce and her husband were not in London and the reason that La La land glittered in London as it had done earlier in the U.S.
Reports show that Adele bags the highest number of awards. She stands tall and her hands full and holds one in her armpit. The New York Times report say that Adele shuts Beyonce out of major awards, and that she dominates the show, by winning the record and the song of the year awards.
However, a news report by the BBC asks in its headline whether Adele has given up an award for Beyonce. The reports says that Adele said that Beyonce was more deserving of the album of the year award, because Beyonce is the artist of her life. Some reports have attempted importing politics into what should have been purely entertainment, prompting a question like what has color got to do with music as the food of love?
NEWS AND FEATURES
News & Features Around The World