When the past haunts
By Abi Giwa

Bosnian leader
Imagine yourself fully settled down to a new life in a country far from your home country battered by war and economic downturn. But suddenly after about twenty years, immigration officials in a country you have adopted as a new new home appear at your door, announcing that you have been part of a horrible gang of death in your home country and order you to pack your bags and leave to face justice in your home country.
This is the fate of many Bosnians who have been living in the United States, but believed to have taken part in war crimes in their country's war against Yugoslavia in the 1990s. The United States Immigration officials are reported to have identified 300 of such Bosnian immigrants in the country, who have hidden their role in the war and have fled to the US as war refugees.

Greece and the debt burden
By Abi Giwa 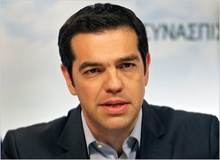 Tsipras
Greece has chosen to stick with the EU and the bailout, and says that the hard time is not over, after about one month of hot talks by the Greece's finance minister, Yanis Varoufakis, against the EU, and his country's readiness to go to the United States or Russia for financial help than stick with the EU.
Could Greece kick against the European Union, EU, and creditors to manage its economic crisis by defaulting on its debt? It was the question majority of observers asked before and immediately after the outcome of the recent election in Greece.
The answer to the question was not quickly forthcoming, despite the opposition's victory in the election against an incumbent, who  promised to retain the status quo, opposite a challenger's promise of hell with European bailout and demeaning economic life in Greece. 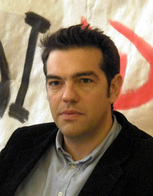 Tsipras
Alexist Tsipras has emerged the new prime minister in Greece. He defeats Antonis Samaras. Meaning that the Greeks want an end to austerity being Tsipras rallying call along restoration of dignity.
But analysts predict a tough work ahead of the new prime minister. They say there will be a lot of talks between Greece and its creditors, beginning with the Europeans Union, EU, and the International Monetary Fund, IMF.
One big question is how Greece will manage to end an austerity without defaulting in its obligations. There is a widespread talk of the country going bankrupt and forceful exit from the EU. But observers are watching to see how the new PM will manage the economy without the creditors.
However, analysts contend that Tsipras first responsibility is to Greece. While how he will fulfill his campaign promises occupy a large space, there is also a need to see how he goes about it without taking the country into a harder economic situation.
Meanwhile, Tsipras and his supporters are celebrating a hard own victory, while many Greeks who are equally happy expect to hear how their dream for a better life without austerity will be achieved. 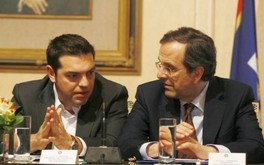 Alexist The future of Greece as a country depends on who wins the country's election between the incumbent prime minister and his challenger.
The incumbent, Antonis Samaras has told the electorates to choose the status quo. And the challenger, Alexist Tsipras has told the same electorate if given the mandate, he will roll back austerity measures.
According to the BBC, Tsipras said, "The vicious circle of austerity is over." He is countered by Samaras who said, "Today, we decide if if we are going forward or towards the unknown."
Samaras supports continuing austerity with resultant budget cuts based on the country's negotiation with the European Uinon, EU, International Monetary Fund, IMF, and European Central Bank, ECB. Voters have a choice to retain the arrangement by voting for Samaras or kick the arrangement by opting for his challenger. 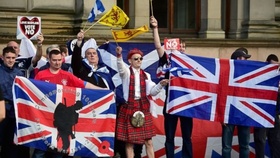 Scotland voted 'No' on Thursday to remain in the United Kingdom. People who voted against Scotland's independence polled 2, 001,926 and 1,617,989 by people who wanted independence, the BBC reported votes tallied from 32 council areas.
British Prime Minster, David Cameron, expresses delight that the UK remains undivided and promises that commitments on additional powers for Scotland would be honored. "We will ensure that those commitments are honored in full."
Scotland's referendum on whether or not it wanted to remain or pull out of UK had caused questions about the cause. The media reported that there was no obvious reason for Scotland's request to leave UK, amid expressions of a wish by observers for the UK to remain one. 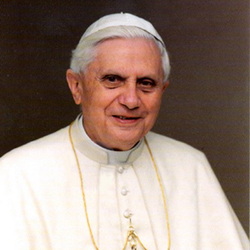 Pope Benedict XVI (Courtesy: Topnews.in)
There is an interesting development in the Vatican that reminds us of Martin Luther's journey from Germany to the Vatican, Vatican's secrecy and its consequence. The consequence of Luther's journey to the Vatican was that he turned away from the Catholic church and began the Lutheran movement, because he was shocked by what he saw as an insider.
The same episode is playing out today with a butler in the Vatican facing trial for turning documents that contain secrets of the Vatican to the press for publication.
It is already a known secret that former Pope's butler, Paulo Gabriele is facing trials for leaking Vatican secrets. What is currently making waves is the condition in which he is incarcerated, revealed in court hearings. He said he was held in a tiny room with light constantly on and put under psychological pressure.
"I consider myself betraying the trust of the Holy Father, who I loved like a son." However, Gabriele insists he he didn't steal, but passed information about secrets in the Vatican to the press, because he wanted a change in the way businesses were conducted in the Vatican. He admitted he photocopied and passed on at secret meetings, including letters in which a senior Vatican official expressed dissent concerning abnormality in the Holy See business interactions. And the the letter writer was posted to Washington-a kind of Siberia-agaisnt his plea to be allowed to remain in the Vatican.
The Catholic church has suffered almost irreparable schism in the past, including Luther's decision to begin his own church, due to  Catholic church leaders living a lifestyle different to what they preach to followers. The current development in the Vatican's government being run like a gestapo doesnt help the church's already battered image due to inconsistency in the doctrines and leaders practice. 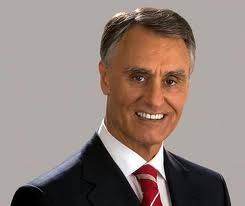 Pres. Cavaco Silva(Courtesy:Stormfront.com)
Report from Portugal, one of the Europeans countries bended by worsening economic situation, says people are at their wits end.
The government in that country, the report continues, has introduced a tax plan, that will take close to half of workers earning. And the result?
People may be driven to the street to demonstrate against a tax plan which reports says they view as capable of a journey to further economic hardship. The tax plan is reported as the harshest in the country's history. Imagine those earning 50,000 euro being asked to pay 45 percent or three months of income as tax.
The new tax plan will be put to vote at the end of the month. There is already a disagreement, though people in the country agree there is a need to cut costs.
The socialists opposition in the country says the country doesn't need to embark 'at all cost' means, to generate income. The country's president, Anibal Cavaso Silva is also said to be against the tax plan. The Portuguese are bracing for a showdown to protest the country's economic direction.
A signal that the bad economic situation in Europe is continuing to unravel.
NEWS AND FEATURES
News & Features Around The World