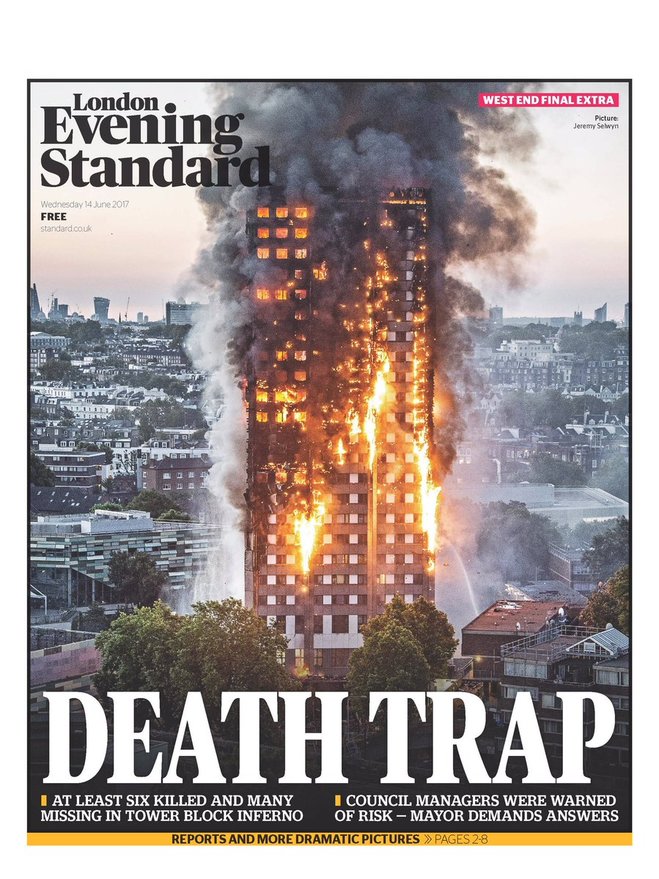 12 people have died in a tower fire in London, and two people critically injured  - in shootings at a baseball practice ground in Virginia.
Among the five victims at the U.S. shooting is Rep. Steve Scalise, the majority chief whip.
The scene at the London tower fire was described like a horror movie     People appeared at the windows, frantically banged and screamed to be saved, according to the BBC.
A baby was reportedly dropped by her mother to safety from one of the top floors.
News reports say that the number of death at the tower block fire is expected to rise, as some people are still being declared missing.
Virginia
The shooter at the baseball practice ground in Virginia has been named as James T. Hodgkinson. He reportedly holds an Illinois drivers license.
Hodgkinson has been reported dead, according to a statement by President Donald Trump.
An eye witness of the Virginia shooting said she saw a man standing with AK 47 in hand.
Reports said that the man asked about the people on the practice ground, whether they were Democrats or Republicans.
Police report said that there were shootings between a gun man and police officers.
The shootings involved a Congressman and employees of the Congress. The FBI is said to be taking over the investigations, because it involved an attack on a government official.
A young man in an interview describes the area as safe and wonders why that type of incidence happens there. The police also say the city is safe.
The police say that the shootings in Virginia is still under investigation, and will not say whether it is an assassination attempt or not. However, Paul Ryan said that an attack one Congressman is an attack on all. Aside from the Congressman, who had surgery and said to be in high spirits, one Capitol police officer was shot and another injured, but not from gun shot.
Meanwhile, the fate of those trapped in the London block tower fire is still unknown. House fires and gun shots have assumed so much danger to human lives, and humanity seems helpless at what to do to stop the madness.