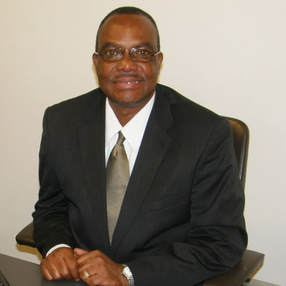 Abiodun Giwa
New Yorkers and other people in the North East of the United States are expecting their first snowfall today. Resultantly, the weather has been extremely cold in the last 12 hours and the cold will not subside until after the pregnant sky has dropped its load on the earth.
The wonder about this year's snowfall is that New Yorkers and others in the North East are expecting the first snowfall, while some other areas like Houston that have been strange to snowfall in the past already have snowfall this winter, leading to some video postings on Facebook heralding the first snowfall in Houston. One post about the snow in Houston expressed excitement and wonder, mimmicking a line in one song on radio about snowfall, "We all are like children, when it comes to seeing the wonder of snowfall, with the love and the amusement from the flakes, falling from the sky and settling on the ground. Though, it creates discomfort, there is resignation to helpelessly watch the wonder."
Ahmad Tirawi wrote, :"First snow in Houston." Christina Stahi wrote,"And we have snow in Houston! Remember the first time I moved to Houston." Tim Heller also reported the first of the season in Chicago as follows: "A strong cold front blew thru Houston early Tuesday dropping temperatures 20-25 degrees. And temps are still falling. It'll be in the 40s all day Wednesday. Gusty north winds will make it feel like the 30s! Not only will it be cold, but it will be wet the next two days. Moisture over-running the cold air will produce light to moderate rain across all of southeast Texas. The rain will begin overnight and continue all day Wednesday into Thursday. Most of us will probably get 1-3" of rain over the next two days. Locations near the coast could have more than 4" of rain. The rain won't be heavy enough to cause flooding, but you might encounter some puddles and ponding on area roads and streets. Sunshine should return on Friday! But expect it to stay rather cold for the next 10 days."
How come that Houston that is not known to be a cold region and not associated with snowfall has snow ahead of New York and other parts of the North East - traditionally home to snowfall? It is not the work of man, lest we say that the person in charge of its distribution has favored Houston against New York and the North East. It is also a fact accompli that people in the North East who may like to see first snowfall on Christmas day know that with the snow falling today and Tuesday, expecting first snowfall on Christmas day is out of the equation. But it is still possible to have a White Christmas, if God wishes.
And believe me, there is no Russia's hand or Vladimir Putin's conspiracy or collusion in this. God distributes his work of nature as he pleases, just like he unevenly distributes resources, wealth and knowledge, across the globe. He endows some countries with so much natural resources but the leaders of some of the countries so blessed lack the knowledge and the wisdom to convert the resources into wealth for the good of the people. On the other hand, some countries that lack the resources have leaders who have helped their countries to turn the little they have into wealth for the good of the people.
If natural resources are given by men, one can be sure of disagreement over the distribution. The disagreement over wealth and distribution began with Abraham and Lot, according to the scriptures. But Abraham managed the situation with elderly wisdom, by allowing Lot to take the good ground that was attractive to him, while Abraham setteled for the dry ground.
The good ground chosen by Lot turned to be the famed Sodom and Gommorah that became source of trouble for Lot, while the dry ground turned into wealth for Abraham. When Lot got into trouble, Abraham did not consider his nephew's senseless love for wealth, he went and saved him. But their journey had already differed from each other. Abraham had his own family and Lot had his own family.
Abraham's lineage became prosperous. Yet, Jacob supplanted his own brother and took his birthright, and humanity began to witness beginning of dastardness among humans about the struggle for dominion over one another. God's way is different from human's way. But what has happened to Lot and Esau's lineage?
Some people say they are still there struggling over spilled milk with Abraham's lineage, unaware that the problem is from their own foundation, and that there can be no comparison with the solidness of the foundation of Abraham's lineage. Though, they all belong to the same lineage, but the covenant was with Abraham, Isaac and Jacob.
Comment Form is loading comments...
NEWS AND FEATURES
News & Features Around The World