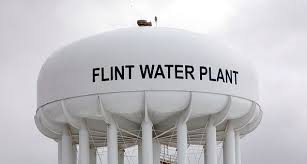 The Michigan State Government in the United States has accepted responsibility and apologized for the leady water in the Flint township,  while works are continuing to support and help the people affected by the development and to make the water in the area drinkable again, according to news reports.
The state government's apology came amid demands and releases of emails from the state governor's office, to determine what actually may have caused the lax in the government and other agencies' handling of the water crisis. And why were people in the not informed of the toxicity, despite knowing the danger entails drinking toxic water.
According to news reports, there has been an admission by a particular office for an omission in operations that has caused the toxic water, which Flint residents have been battling since 2014. The question that thus arises is about what the state government has been doing along with Environmental Protection Agency, EPA, to correct the anomalies, currently affecting families and children in a city of 100,000 people.
The state governor, Rick Snyder is expected to appear before the Congress February to explain the circumstances about the water crisis in his home state.
There has been attempts to politicize the water crisis by some politicians equating it wit the Katrina crisis and that water is a human rights issue. Of course, just as the Katrina crisis put the U.S. on the world attention during the George Bush  in the dying days of George Bush's presidency, the Flint water crisis again attracting the world's attention to the U.S.
Observers think it is shocking that water crisis of the magnitude in Flint that is threatening family and children's lives could happen here. People say they would not have been shocked if the news reports has said that the water crisis  is happening in one of the Third World countries. Some people just shrug that no matter what advancement the U.S is respected for, it is part of a human society.