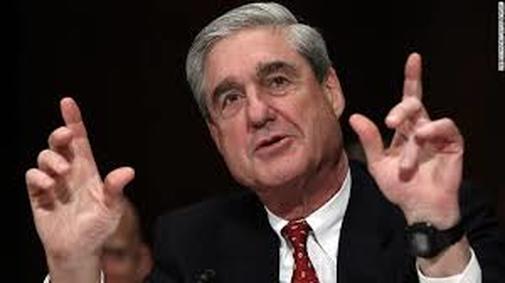 Special Counsel Robert Mueller
General Michael Flynn's guilty plea for lying to the FBI draws many Americans to their television screen on Friday to watch analysis of the case.
As a former senior official in President Donald Trump's administration before he was removed from office, many people think his decision to cooperate with investigators against the White House may spell trouble for Trump.
But it is yet unclear whether Flynn's decision to cooperate with the Special Counsel investigating alleged collusion between Russian officials and members of Trump Campaign to influence the United States' presidential election will be a decisive factor in the investigation.
Many observers among opposition believe that Flynn's guilty plea is enough to rattle the White House and that Robert Mueller may be close to nailing on the head the prove of an alleged collusion. But the White House officials, including President Trump, think otherwise.
President Trump said that Flynn was fired from his administration for lying to Vice President Mike Pence on his Flynn's meeting with a Russain ambassador, and that Flynn's engagement with Russians after his victory in the elections was not illegal. But unlike President Trump, many analysts drawn from the prosecution profession are not so clear. Some have said that there may be trouble coming for the White House and others have said they are not so certain about what Flynn's guilty constitutes at this stage.
However, many people are worried about the aapparent widening of Mueller's findings beyond the major issue in contention about an alleged collusion between Russian officials and the Trump campaign. Aside from the Flynn's meeting with Russian officlals, which reports said Flynn said was at the instance of a senior White official, which seems to be near discussions between Russian officials and a member of Trump campaign, cases of other persons charged so far on the case fall outside the alleged collusion case.
Some analysts are saying that the senior White House official mentioned by Flynn as having directed him to meet the Russian officla could be Jared Kushner and others are saying it could be President Trump. One analyst said that since Trump had siad in the said that he lacked knowledge of any meeting between Russian officials and his campaign, and for Flynn to say something in the opposite could mean trouble for the president. But others say that the president has never spoken on oath.
For Flynn, it is no longer a matter of conjecture that having been fired from his position in the White House after he lied to the vice president and himself confirming in his guilty plea that he had told another lie to the FBI on the same matter about his meeting with the Russian ambssador,curious members of the public say that it will be difficult to know what he has in mind to tell investigators, becuase he is currently playing a survival role.
Another curious side of the public say that Mueller is still digging and that he will eventually dig out the truth about the alleged collusion between the Russians and members of Trump campaign to sway the election in favor of Trump. Meanwhile, it is manifest that none of the charges against Manifort and his co-traveler in the court room is directly linked to the investigation into the collusion case.
By Saturday morning, the news about Flynn's guilty plea and cooperation with investigators has dropped from the lead tory position and overtaken by reports of the Tax cut bill in the senate, and renewed cheers among Republicans, whom observers say had a bad evening from the news about Flynn's guilty plea.