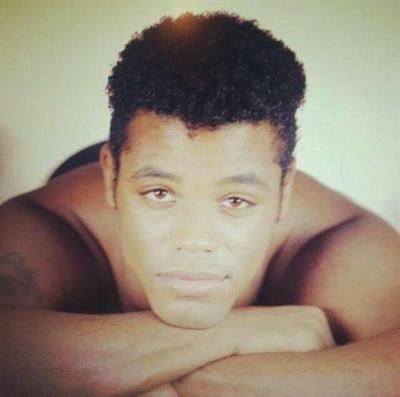 Dimitri Reeves
﻿  He succeeded causing a traffic jam, doing Michael Jackson's songs, dance and with stunts, on Martin Luther King Jr. Drive before the train station, on Tuesday in Jersey City, United States.
It was right in front of the MLK's Shopping Hub, moving from the top of a yellow truck to the ground and in front of the traffic. He caused stirs.
His name is Dimitri Reeves. A native of St. Mary's County in Maryland. According to him, he is yet to get a record deal, and part of the reason he said he is on a road show. And observers who watch his show say the road show is paying off, considering the size of the crowd watching him.
Some people say one will think that Reeves is a reincarnation of Jackson. He wears a black pant, a short sleeve black shirt - buttons halfway down, and white socks on black shoes. He does the 'break dance' dexterously, almost outperforming the brand owner, and mimes Jackson's songs along with his own.
Reeves said he is ambitious to to get a record deal and a radio show. He sells his CD demo for $1.00, a price making many people to buy, and his manager, Vaughan Mason, forced into a multi-tasking mode, while he tried to pay attention to the show and keep the zip on the money bag.
Asked if he is trying to step into Jackson's shoes, Reeves answered in the negative. "I want to wear my own shoes. I want a radio show and a record deal."
Going by the songs in his demo, Reeves might not be from his goals.  "He don matter. We don't give up," he begins the first line of songs. In the second line, he sings that we got to be friends even if with benefits. The lyric is good and the beat capably causing one to move the feet.
A former student of Great Mills High School in St. Mary's County, Maryland, where he said he graduated before moving to Baltimore. He said he is known in Baltimore where he now lives, and that the road show is to reach out to music lovers outside Baltimore and get a record deal.﻿
NEWS AND FEATURES
News & Features Around The World