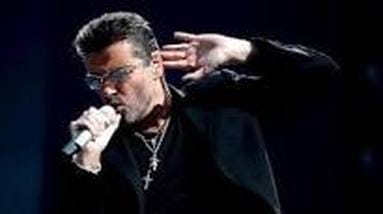 George Michael
George Michael dies at 53 peacefully in his sleep, news reports said on Monday night. Latest reports had confirmed that the music star was a victim of heart failure.
Before the first news breaking the information had been fully read, there was an outpouring of emotions about the loss by millions of his fans around the world.
Many observers have expressed disappointment at what they are calling Michael's early death. He was their musical star. Not just their musical star. He was famous. They wanted him to continue playing muisc for them, being what he was best known for.
The devastating news of Michael's sudden death followed the news of the Russian military aircraft that took away 92 souls that included the best of the country's military choir and a reminder of the death of Michael Jackson's death.
The world was yet to come to term with the Russians' loss, when the news of Michael's loss emerged, catapaulting observers into making a list of stars that the year 2016 had taken away. The first on the list were the Brazilian soccer stars who died, when the aircraft they traveled crashed, with a few number of surviviors.
The year 2016 still has few days to bid bye to the world. There are prayer galore all over the world that the year has taken away enough number of people and that the world can no longer make do with additional and shocking loses. Yesterday night was time when for many people remembered how Alan Thicke died in the noon after a heart attack, while he played hockey. Information revealed that he was well and there was no sign that death was in the corners somewhere waiting for him.
Many people said that Thicke was at least 69 and that he died at good old age. But for his loved ones, it was still not time that death would have neared him at all. And before Thicke, there was the death of Gwen Iffil, a journalist, whose death caught many  unaware.
When the news of Iffil's death by cancer was announced, people talked about how death by cancer has been ravaging the society and discussions about what to do to counter cancer to save those who are still alive. With Thicke's death by heart attack, the scourge that heart problems constitute becomes a point of discussion.
And with Michael's passage due to heart failure and at 53, we are sure to have serious concerns among the not so old people, whose preoccupation is going to the gym to combat problems of weight and overweight or obese and its related danger to longevity. According to the National Center for Chronic Disease Prevention, about 610,000 people die of heart disease in the U.S. every year.         Meaning that 1 in every 4 deaths is cause by heart disease and that heart disease is the leading cause of death among both men and women. As we talk about Michael's passage, discussion is fast shifting to prayers for Lil Wayne, whom news report says that he has just a short time to live, according to medical reports.
NEWS AND FEATURES
News & Features Around The World