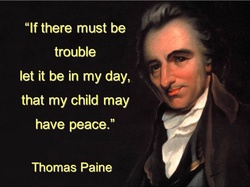 There is a woman I fondly call 'Sheepshead' in New York City, because she lives in Sheepshead Bay in Brooklyn. Last week at the height of the shut down of the subway in New York, I saw her approaching her place of work, and I asked how would people return home in view of the Juno storm scare and the subway shutdown.  She said she had no choice than to be where Mayor Bill de Blasio wanted her to be.
"De Blasio is god; he talks and we obey," she said jokingly as she walked away. Suddenly, following day it turned out there had been a misread of the weather by Meteorologists who all apologized for what turned to be their great miss. People understand they are humans and that they cannot be perfect all the time.
However, New Yorkers witnessed de Blasio's office attempt to dodge responsibility, saying shutting down the subway was Governor Andrew Cuomo's decision, and that the governor announced the shutting down on television before the decision was communicated to the mayor's office. Whatever happened was that a decision that impacted millions of New Yorkers was taken based on a wrong weather forecast, and the administrators took a decision they believed would save lives. They did not try to act god as my Sheepshead Bay acquaintance had jokingly said.
The following day, I looked for a book to read in my library, my hand landed on Thomas Paine's "Common Sense". I took it and decided to read it again, having read it several times before. Reading "Common Sense" all over again refreshed my memory of the author's role during the agitation for America's independence from Britain. I discovered once more the awesomeness of the the author's careful analysis about the danger of people living under God and people living under kings. His appeal to Americans to get rid off the yoke of the king of England, and his recourse to citing occurrences in the Holy scripture, became overwhelmingly appealing.
What Paine said was that kings, according to the scripture, enslave people, and that was what he appealed to Americans to avoid. Like Paine, many people today believe that any society, where leaders have turned themselves into acting like kings, the people become like serfs, and live under the yoke of something close to slavery. Many Nigerians believe it is what has become their own lot. Many Nigerians believe no election will change their lot, unless something drastic happens, to make past leaders account for their stolen wealth.
Nigerians believe their leaders don't only steal from government coffers to hide in foreign banks, but that they actually have been sharing oil fields among themselves - as if it is their right - while ordinary Nigerians live from hands to mouth. I have heard this story about military leaders and their acolytes sharing oil fields long time ago. Nigerians believe that It is the curse of military rule over Nigeria. All former Generals and their collaborators act like gods, and to ensure continuity of their privilege position, they have the system under their control. It is whom they want become president. They are the king makers, and whoever is in power is answerable to them.
Some people say the north has the power and that whenever any other part of the country has the power, they want to take it away, because of the misconception of a section in the north that it is their birthright to rule Nigeria. For this reason, some Nigerians are silently applauding the altercation between a former army General, Theophilus Danjuma and President Jonathan's supporters in Ijaw area of the country.
Jonathan supporters had declared at a meeting in Bayelsa State House that if Goodluck Jonathan does not win the February 14 presidential election in the country, they will shut the country down. Danjuma had said the authorities should order the arrest of Jonathan's supporters, because according to him, the statement from Jonathan's supporters was capable of throwing the country into chaos. Jonathan supporters  responded to Danjuma that the time has arrived when himself and his ilk must account for their ill-gotten wealth, and that they have marked Danjuma's oil fields, which he directly and indirectly own in Ijaw land.
The People Democratic Party had denounced Jonathan's supporters' statements. But in reality, people say it seems timely when God, the real God, will fight for Poor Nigerians, against  humans, who have constitute themselves into gods, and have cornered the country's wealth.
NEWS AND FEATURES
News & Features Around The World