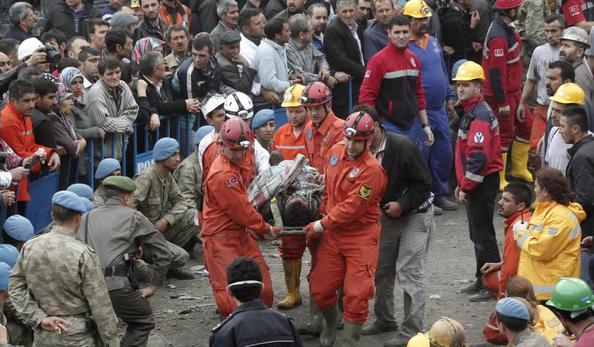 Some have been brought out dead. Some have been brought out on wheels covered in blood. The picture creates uncertainty about the fate of about 700 miners who have been trapped in a Turkey's mine following an explosion and continuing  raging fire that has made rescuing people below difficult.
Amid wailings and first responders working to save lives, trade unions have declared a three day of strike, because of what they call government's privatization that has worsened conditions in the mines and made working in the mines more dangerous.
However, government said about 363 miners had been rescued on the day of the explosion, while no survivor has emerged from the deep on Wednesday, according to a BBC report.
NEWS AND FEATURES
News & Features Around The World