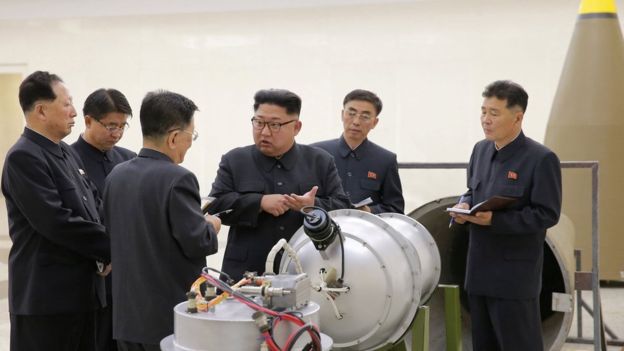 North Korea's latest staple to feed its hungry citizens
News consumers awoke on Sunday morning to reports that North Korea had perfected and tested a Hydrogen bomb. It was not that the news had verifiable sources, but that the rogue regime had announced its own achievement.
News reporters were not invited to witness and verify the launching, as per its usual rogue habit.
The scary analysis of the reports, contained in a BBC news report, is that the report said the Hydrogen bomb is more powerful than the atomic bomb, the bomb the United States used in Hiroshima and Nagasaki, Japan, in 1945.
The news reports had confirmation about tremors, confirmed by scientists around the time that the rogue regime said it carried out its illegality.
The question that has not  been answered does why the North Korea think anyone is interested in its acts unbecoming of normal humans beings? This is not a discovery about any improvement to human life or that it has something great to add to the comfort of North Koreans or humanity for that matter. 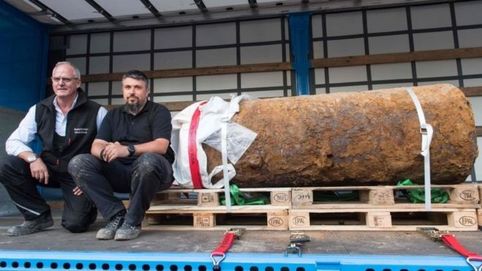 The bomb detonated in Germany on Saturday.
Learning about the use of the atomic bomb in Japan during the Second World War  through news reports and the effect on that community turns the skin.
And for reports of North Korea coming on a day after a bomb dropped in Germany by Britain during the second war had just been detonated amid fears of danger to the human community, attracts wonders to the foolishness of the North Koreans, for embarking on a journey toward another exercise targeted at human extinction.
Unsurprisingly, the U.S. reacted with a warning of massive military response. This time, it is James Mattis' words that has rung out against the North Korea's acts, unlike the earlier warning from President Donald Trump,  promising fire and fury to the regime. Trump had said earlier that there was no need for dialogue over North Korea's belligerent attitude, but a possible plan to take out the regime's mass of missiles.
Looking at the photograph of the announcer of the North Korea's claim of the test of the Hydrogen bomb, the first question that rings out of one's consciousness is that to which people is the North Korea amassing all its missiles including the Hydrogen bomb? Is it for the people of the U.S? For what reason?
Of course, Trump had said that for 25 years the rogue regime had been extorting money from the U.S. as a way to stop it from acting dangerously toward the U.S. It is true that an elected government is empowered to keep the country safe at all cost, even if it requires waging war against any country that threatens the sovereignty.
In using tax payers' hard earned money over the years to keep the rogue regime away from doing certain things that threaten the U.S., have governments been getting the approval through the Congress in the use of extortion? Is extortion not illegal? Should a government be involved in illegal acts that it is empowered by law to punish citizens for undertaking? 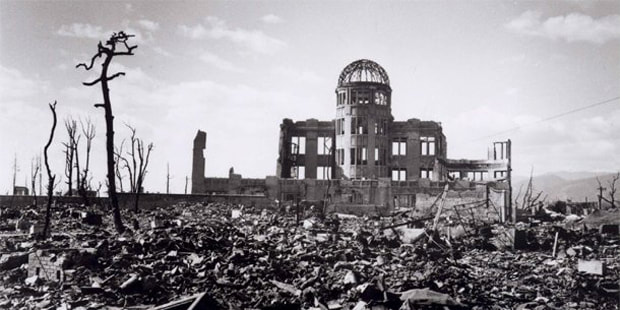 Result of the bomb on Hiroshima
If we call North Korea a rogue regime, should we also say that successive regimes in the U.S that have dealt with the rogue regime using extortion also as rogue regimes? Observers believe that the encouragement of bad attitude of past seems to have resulted in continuity of today's bad attitude from North Korea.
They say Kim Jong un's father traded in extortion, encouraged by the U.S. leaders of his time, and his Kim wants the same by developing missiles upon missiles targeted at the U.S., believing that the U.S. will respond with extortion!
But Kim is having a different ball game compared to his father's time in power. No extortion! No one prays for another Hiroshima's experience, not because of mass death that the use of atomic bomb will cause, but because of what has been learned as a student in Science in Journalism class, about the effects that the use of the atomic bomb  on ﻿Hiroshima and Negasaki ﻿up to this day, confirmed by ﻿International Campaign to Abolish Nuclear Weapons.﻿
Many stories have been published various newspapers and magazines and read by the public on the effect of the atomic bomb on Hiroshima and Nagasaki. And when the likely negative effect of the hydrogen bomb is added to the equation, the danger to humanity shows a world on top of a tinder box.
Comment Box is loading comments...
NEWS AND FEATURES
News & Features Around The World