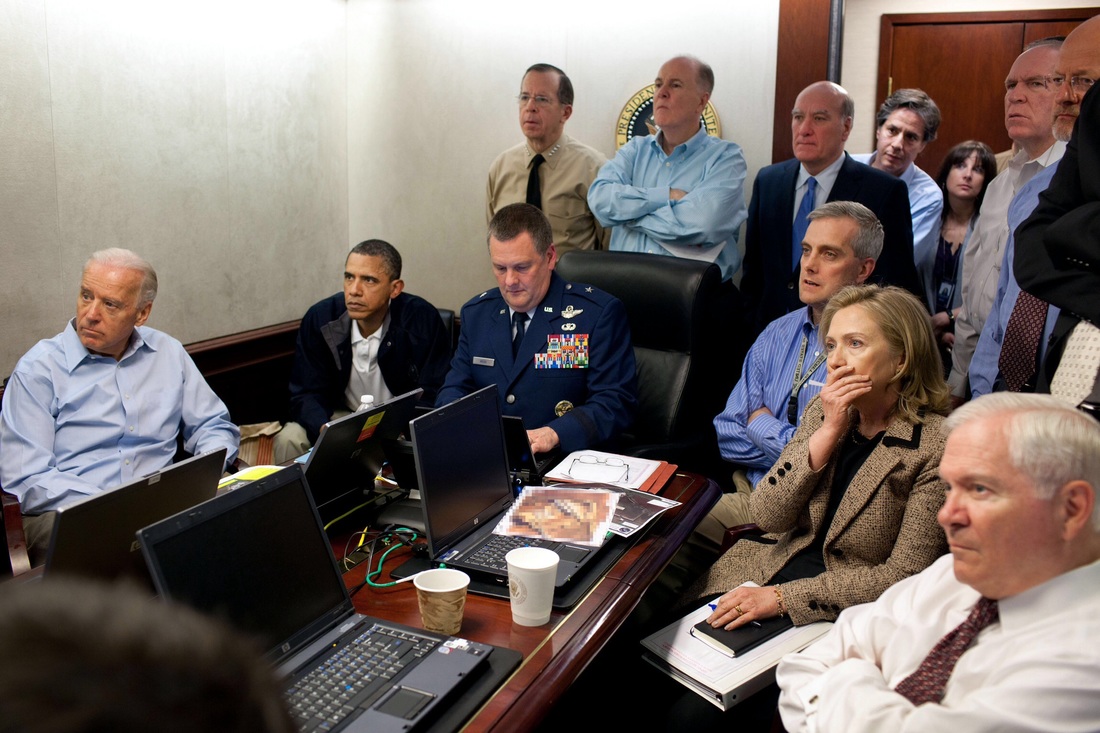 They watch Osama taken down, but terror still haunts
Guns, bayonets and the bombs have been booming in Ramadi and in another town close to Baghdad, and the world of diplomats has fallen apart with the fall of Ramadi to the ISIS. The questions are loud about whether the ISIS's target is to seize the entire Iraq.
Meanwhile, President Barack Obama's Iraq policy has come under Republicans' harsh criticisms.
President Obama says he does not envisage the United losing the battle in Iraq. The words he used about few months ago, when the ISIS were pushed out of Tikrit that the US military power has done it has become current to remind him of what observers see as misplaced optimism. The world is witnessing ISIS seizing half of the entire Iraq and pushing toward the country's capital.
Residents are fleeing their homes. Refineries that are sources of income to the country are being destroyed in whims. The ISIS seems to be careless of tomorrow. What they cannot have, they seems to bid for destruction. Iraq soldiers seem to understand the ISIS 's mode of operation - to destroy everything in sight. The consequence is that Iraq soldiers are reportedly taken to their heels in battle.
Should America send their foot soldiers to Iraq to begin witnessing injuries and deaths all over agains among their ranks and files? Obama is being bombarded by opponents for his withdrawal of the entire American forces - when - they say he should have left some considerable number of American soldiers to help Iraq defend the country, because they say when ISIS seizes Iraq, America will be vulnerable to avoidable attacks. Yet, some analysts are saying the solution to Iraq's problem should come from local initiative, citing Nigeria as an example of where the country has vanquished, forgetting that ISIS has emerged as a destructive local initiative that is currently imperiling the entire Arab world.
Apparently, the civilized world's defense against the Islamic religion extremists' terror has become a feud seeking to consume the world, beginning with the Arab world. The Arab Islam extremists are seeking to destroy the civilized world, and the civilized world seek to take the war to where they believe as the source of the trouble, and the whole scenario has boomerang and becomes like a feud described in Beowulf as destructive to humanity.
Many people don't see any reason for America's foot soldiers' intervention again in Iraq for the second time. They say they have witnessed enough bleeding of American forces in the land of the Sunnis and the Shias. Democrats are trying to put the fault of the American debacle in Iraq at the Republicans doorstep and Republicans are saying its leaders surge worked in Iraq and that it is Obama's policy of total withdrawal of the American soldiers to fulfill an election promise of disengagement from Iraq that has put America's Iraq policy in smithereens.
It is shocking the world that is witnessing the escalation in Iraq against expectations of the civilized world at a time America says it has taken down an ISIS top member in charge of operations, financing and oil business for the murderous outfit. What doe that mean? Two powers are locked in battle. Both powers will work to outdo one another and whichever side is more powerful will prevail.
Obama's supporters are saying the US is prevailing in the power struggle between the country and terrorist organizations. But his opponents say the US is not prevailing with Iraq in smoke and the residents in fear. Whatever the case, Iraq remains a killing field.
Widget is loading comments...
NEWS AND FEATURES
News & Features Around The World