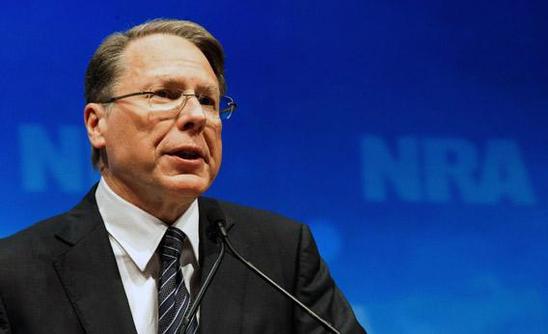 Two New York fire fighters were shot to death Monday in upstate, casting further cloud
over National Rifle Association's standpoint on the current gun debate that ran into storm.
Backing down, the association's spokesman, Wayne LaPierre says he stands by his
words that schools need armed guards just like government offices and banks.
The debate continues, while politicians in Washington are busy toward pushing a legislation.
The question is whether gun laws in the United States be amended to ban the use of assault rifles.
It is the current debate among members of the public following the killing of innocent children
and adults at Sandy Hook Elementary School in Newtown, Connecticut. It is the outcome of
AdamLanza's decision to use her mother's asasult riffle end her life, 20 innocent chlidren's in a
school,and six adults working to bring up children in the same school. Some are sayng assault
rifles be banned and others are asking for amendment in the law to remove guns from homes
that have children with mental health problems. Assault riffles faces an uphill task of surviving
the current debate.
In New York, some residents react angrily to what they describe as Mayor Michael Bloomberg
extreme position on gun laws. They say if he has police officers guarding him with guns, he has
no right to crusade against other people having guns to protect themselves. A lot of people are
angry with the way the mayor ripped into President Barack Obama for what the mayor called
the president's inaction and demand demand the president do something in his second term,
against the reckless use of guns that has become alarmng, even before the Newtown school
killings.
People ask what does Nancy Lanza does with three guns in her home? Why does she love
acquiring so many guns? When some people talk about rampant illegal acquisition of guns,
others say she has acquired her guns legally. Others ask why odes she allow the guns in her
home when she knows her son has a mental issue? Apologists say the law doesn't stop
anyone from acquiring guns when you have a child with mental issues, but when a person
has mental issues, such a person is banned from acquiring a gun.
It becomes clear from emerging arguments that Mrs. Lanza didn't commit any crime; but had
made mistakes for acquiring and keeping guns in a home with a child with mental issues and
for taking the same child to a gun range teaching him how to shoot.
Those close to her said she often locked her guns in a safe box in the basement of her house.
But during three days of journey away from home, her son ran around to acquire a gun but was
disallowed, because he failed the background check. What we don't know is how Adam eventually
gets the key to her mother's safe box. And unaware of her son's plan, returns home and goes to
sleep without checking if her box of guns hasn't been opened.She trusted her son, unaware of
what was in his mind.
Available information from public discussions shows that the first step toward insulating elementary
schools from Sandy Hook Elementary School's sad experience is to amend the law to keep guns out
of every home that have children with mental issues. The second step has been raised by the NRA
about a need for armed guards in elementary schools; this is specifically about elementary schools,
because most colleges have their own security departments with either unarmed or armed officers.
And some teachers have said they don't want guns in their schools in reaction to NRA's
recommendation.