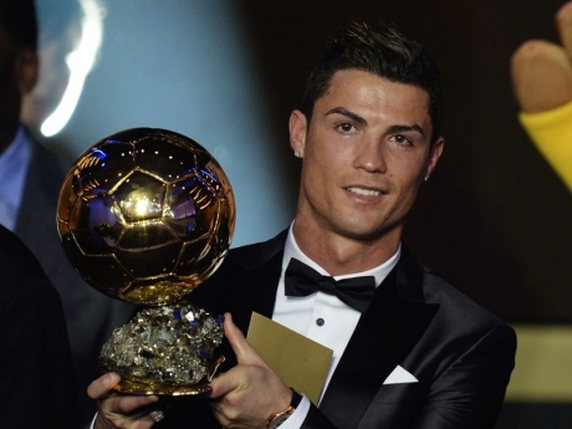 Cristiano Ronaldo has emerged FIFA  Ballon d'Or 2013. He defeated Lionel Messi, Franck Ribery at a ceremony in Zurich and became world's 'Best Footballer of theYear.'
The question had been who will wear the crown for the next one year as FIFA's Ballon d'Or 2013? It was a question many football analysts had been trying to proffer an answer in the last few days, but which only the FIFA had the last decision.
Ronaldo was the choice of many observers and football analysts, who said that 2013 had been his best year on the field. But since observers or analysts' verdict was not necessarily FIFA's verdict, all eyes were watching to see what would happen in Zurich, because the other two footballers were not push overs, and only FIFA knew what yardsticks it used in arriving at its decision.
Messi had been World's 'Best Footballer of the Year' for four years. The question was whether He could be named the fifth time? People doubted and not because he was longer a good footballer. People thought and said that  since he had hit more than the triangular run, it was better that FIFA should pick another footballer to encourage other footballers to bring their best to the field.
NEWS AND FEATURES
News & Features Around The World