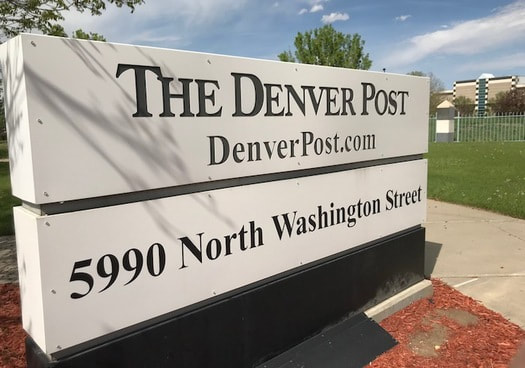 ​   Business ethics is very clear on the employer and employee’s relationship. The employer pays the piper and dictates the tune. The employee is expected to comply with rules and regulations set by the employer.
But what is obtainable in the media houses seems a little different. The Journalist seems to want to set the rules for his or her employer concerning the rules in the news room!
In many cases, the employer wins the battle, because it is natural that he or she owns the business. Unlike the employer, journalists as employees have no financial commitment in the business, other than to write to please their conscience. And if the employer no longer wants journalists to please their conscience, journalists have no choice than to leave.
It is what seems to be happening in the skirmishes between the employer at the Denver Post and some Journalists that have lost their jobs by forcible resignation or out-right sack. It is arrant nonsense for any journalist to set the rules that a newspaper must abide by his or her view to satisfy the community it belongs. If the newspaper fails to satisfy the community and loses readership or closes-up as a result, it is the employer’s business to shoulder the trouble.
The news about occurrences at the Denver Post published in Nieman is a reminder of the reason most media houses fail and the peril that journalism and journalists have been going through, first partly due to uncertainty in the relationship between publishers and journalist employees, and partly due to technological demands for old hands in the profession to embrace new-technology and the seeming struggle by media houses to survive, despite the teaching of the new digital journalism to new entrants in the profession.
As a journalism student in a graduate school, I heard almost all professors talked to their students about the struggle for the profession’s survival and for new entrants to embrace the digital revolution for them to have a future in the profession. There was especially a class called “Newsroom Today” that taught about the prevalent expectations in the newsroom today in comparison to yesterday.
Of course, the struggle between the media house owners and their journalist employees is age old and not a new issue one should have expected to be taught in a “Newsroom Today” class. Though most of the fights between owners and journalist employees center on who should control the newsroom. But that issue was well taught in “The Law of Mass Communication and Ethics” class. The journalist serves the owner and walks on a tight rope exercising the right to abide by the truth.
But nowhere in the teaching of “The Law of Mass Communication and Media Ethics” class that student journalists are taught to laud it over the employer. Manifestly, journalists can stand their ground on ethical matters, if the employer chooses to go the losing way. And the losing way as the Nieman publication shows is that a newspaper may close-up for loss of mass readership and revenue loss from readership loss.
When the newspaper is off the street or begins to lose readership, journalists will have no choice than seek alternative place to work and leave the owner with his loss.