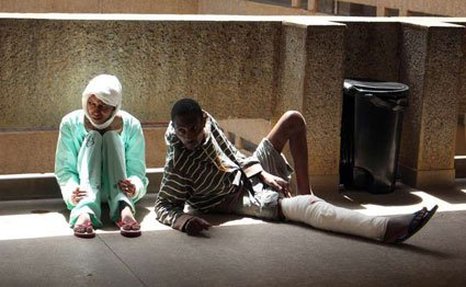 Doctors and Nurses in Kenya began a strike action on Monday, leaving patients in hospitals across the country in very grievous situation.
​    The strike was called by the country's National Union of Nurses and Kenya Medical Practitioners and Pharmaceutical Union.
News from Kenya revealed that the 90 days that the court gave to the medical practitioners and the government to resolve their difference have not been fully exhausted, before the doctors and nurses decided to down their tools. 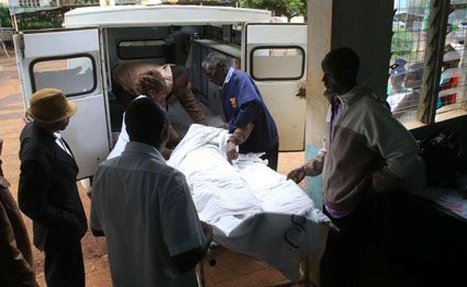 But as it is popularly known that in every case of two elephants fighting, the grass  usually bares the burden.
In the in case between the medical practitoners and the government in Kenya as elephants, the patients are the grasses on which the two elephants are doing their battle.
The two pictures published by the Daily Nation Newspaper online show patients in some of the country's hospitals in cirtical situations.
​  In many african countries, it is not unusual or unprofessional for doctors and nurses to embark on industrial action.
NEWS AND FEATURES
News & Features Around The World