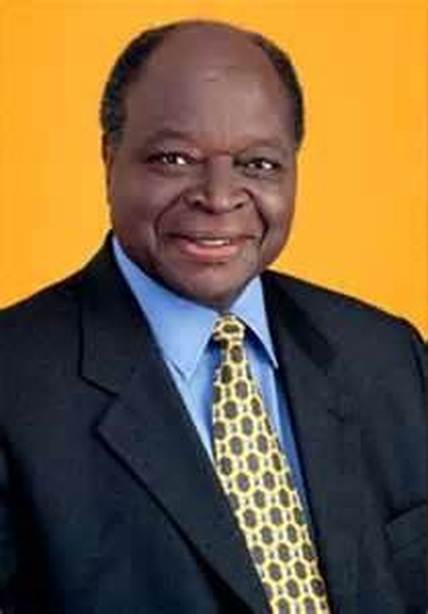 President Mwai Kibaki (Courtesy: afrol.com)
The world has witnessed five general elections between November and January. The sixth election will hold 4 March 2013, in Kenya. Complains that followed party primaries in Kenya a forthnight ago have turned political pundit's attention to the forthcoming Kenya elections, recalling the 2007 nightmares and the loss of 1000 lives.
The first election among the first five was held in the United States; the second was held in Sierra Leone, the third was held in Ghana, the fourth in South Korea and fifth in Israel.
The result of the first election was free of questions; the second was almost challenged by the loser, third is already in court over questions of impropriety and the fourth was like the first, a seemingly seamless
exercise.
On 6 November 2012, Barack Obama, the sitting president of the United States convincingly defeated his challenger, Mitt Romney. Romney didn’t withhold his congratulatory gesture from the winner for too long. Though he said he didn’t write the concession speech, he nonetheless gave one and discarded the victory speech he prepared for the night. People, including members of the Democratic and the Republican Party had
expected a long night; both party’s lawyers stood-by, because the expectation was that the result could be too close to call. The result proved all political pundits wrong.
On 17 November 2012, Ernest Bai Koroma, the sitting president of Sierra Leone defeated his challenger, as Sierra Leoneans had prayed to avoid a run off in the election and they had their wish granted. But for a number of days Julius Maada Bio withheld his concession and fear gripped the West African country that the stalemate could signal  beginning of wrangling, in a country the world had prayed should put its past history of discord behind, for cooperation toward a beneficial journey. Eventually, Bio embraced Koroma in a gesture of friendship and cooperation that gladdened the world and Sierra Leoneans.
On 7 December 2012, John Dramani Mahatma of National Democratic
Party defeated Nana Akufo-Addo of New Patriotic Party in Ghana. The
NPP said the country’s electoral commission tampered with the election
results. In spite of intervention by men of goodwill for the opposition to
accept defeat in good faith, it has resorted to a court of law.
Many observers wonder why Ghana that seems the only country with
stable democracy in West Africa before this infraction would be dragged
through the mud of unreliable election results. The fear of the unknown
had gripped the world when report had emerged on the first day of
election that several of the voting machines broke down.
On 19 December 2012, Park Geun-hye of Saenuri Party defeated Moon
Jae-in of Democratic United Party. The election made Geun-hye the
country’s first female president by breaking the glass ceiling. Her opponent
in the election, Jae-in easily conceded victory, and the then president, Lee
Myung-bak congratulated the winner. A conservative and daughter of a
former dictator, Geun-hye received warm congratulatory remarks from
leaders all over the world, and newspapers wrote of her quiet mien and
promises that all her wealth belongs to the nation, because she is single.
The fifth election in the list of the first five election was held in Israel and
it compared well with elections in the US and South Korea.
What is the world to expect from Kenya on 4 March 2013, when the
country holds its general elections? If precedence is anything to consider,
the world may need to pay attention to the elections in Kenya, because the
results of its party primaries held early January was filled with
inconsistencies observers say must not be repeated in the general
elections.
Every news report of the party primaries said the primaries were
fraught with irregularities, disorganization and disgruntled losers. Lack of
ballot papers, incomplete balloting; nomination of allies, family friends and
unpopular but rich candidates marred the elections, recalling the country’s
2007 elections and dispute over who won the presidential election that
claimed 1000 lives.