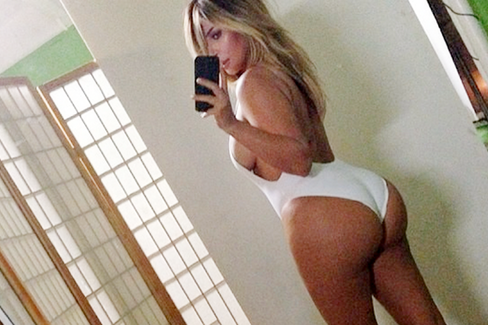 Kim ( Courtesy:13.mirror.co.uk)
Kim Kardashian has stirred a hot debate on what is appropriate and not. The Paparazzi is not in this.
According information, she has posted the photo on Instagram to show her looks after having a baby.
Some people say it is her body, and she is free to do anything she likes with it. Others say it is unexpected of a mother, and others say as long as the man in her life does not object, nothing is wrong.
Her fans say it is Kim in her best, others say the backside is fake. Wendy Williams made it an issue on her show, today. She thinks the backside is not real. She asks one of her guests what he thinks about the photograph. He says that he likes it soft; has nothing against it (with due respect to Kanye), and says that it is still within Kim's known brand and her beginning.
What do you think?
Widget is loading comments...
NEWS AND FEATURES
News & Features Around The World