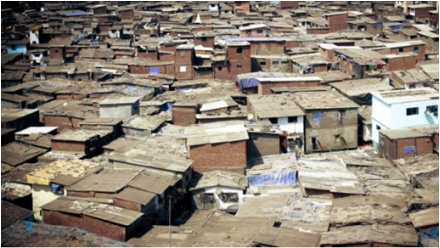 Type of existence humans abhor (Courtesy:theroaminglife.com)
Once upon a time, a Nigerian politician and a preisdent of the country, Dr. Nnamdi Azikiwe said, "No condition is permanent", when he found himself in a storm of life after a period of life in office.
The circumstance that caused the former wordsmith and respected journalist to say these words could happen to anyone in the topsy-turvy of human life. You are up today and down the next day. You have hope of a better tomorrow and something just happens that takes the hope away and sinks you into despair.
Yesterday, you had little or nothing going for you, but the next day you suddenly found more than you can grasp, and seeking more time to work to finish a day's job and felt or said no sufficient time to meet schedule. It is about life's experience from which dramas are created.
There is nothing that is happening today, which philosophers have not discussed in the past. Is it human misery and suffering? Is it bursting cities over unmanageable population and homelessness? Is it global warming or joblessness? Is it the propensity to engage in warfare by leaders or dwindling food production for the rising population? Is it about leaders who don't learn from history or humans' propensity for selfishness and wastefulness than managing scarce resources? Is it the love for passion and stardom than embracing a life of reason and moderation?
Naturally, humans cherish comfort and a life without hassles. But the opposite is what is obtainable. It is a life of headaches, both for the rich, the poor and the king. The universe is filled with human griefs. A life that is supposed to be forever has been cut short. No father or mother wants to lose a child no child wants lose father or mother, and no husband wants lose a wife and no wife wants lose a husband. But death has become part of human life, from what we have learn in the scripture, because of Adam and Eve's transgression. The trouble that led to the first couple transgression began from heaven, where Satan had been expelled with his followers and landed on earth with the first couple at its mercy.
By the time Satan finished with the first couple, Adam no longer wanted to see or converse with the creator. He hid away from him, because he had transgressed. And the creator brought a curse equal to the fire that had driven Satan away from heaven. Although, Satan had lost heaven, he had succeeded at dragging the couple with him into his new kingdom, the hell on earth. Satan had succeeded in doing exactly what had made humans' brain a special study for psychologists. No country on earth can claim to have the mastery of the management of human propensity of doing everything in excess to the extent of making life harder for self, neighbors and rulers. Where the rulers are not the problems, the people are and where people are not the problem, the rulers are.
In some countries that term themselves 'civilized', leaders have been able to mitigate what would have been a disaster, unlike what is obtainable in the Third World countries, where leaders do what they like in concert with the uselessly rich who want to remain richer and never think a change of fortune can be their lot. It has become a life of struggle between kings or rulers and followers. When Abraham left his father's home on a journey with Sarai and Lot, he encountered kings, and the story was about how he lied to save his wife from kings. But he had a wisdom that was not covetous, unlike Lot his nephew. It was why he chose a barely developed area, when a need arose for them to go their separate ways, unlike Lot who chose the watered areas and unaware of the people who would be his neighbors and the trouble ahead of him.
The scripture is an expose of a struggle between the good and the bad, just like it is here on earth. Nothing has changed. If anything, technology has worsened it with the evolution of the knife, the gun and the bomb.
Comment Form is loading comments...
NEWS AND FEATURES
News & Features Around The World