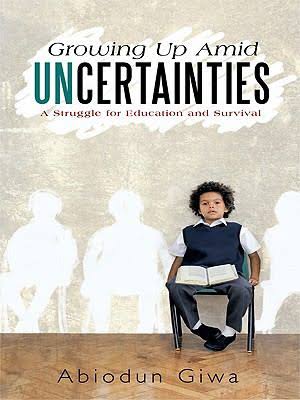 Most of what English students read in the course of their studies in college are about how humanity grapples with uncertainties and how humans learn to live with aftermath of human experiences. Humanity is about human beings and their toil to overcome the vicissitudes of life, some humbling and others come as violations and threats to humans' real existence.
There was a Tsunami that swept away a large number of people against their will. There was Hurricane Sandy that changed the way Americans view and handle the threat from the sea monsters and their capability to push so much water on shore along with ferocious wind traveling at such a speed capable of destruction and one that scientists call Hurricane. Africans had witnessed slavery, Ebola and worse is the  bad governance occasioned with mass poverty.
And just recently, one useless infection called Zika was in the news as threatening the lives of new born babies from the womb. The world is still struggling to contain the epidemic of cancer. Nothing gives notice of happening to anyone, whether good or bad. Living with uncertainty is expecting that something good will happen, but at times bad thing we don't expect also happen. Uncertainty is part of life, it is of nature and it is what we live with everyday.
As humans, manage what we can that is not above our intellectual capability and we cannot we live to fate. It is what has made humans' life to be not so much different from the lives of animals in the forest, where the lives weak at the mercy of the stronger. Suddenly, we all have realized this fact that money and materials empower people and we all want to acquire enough to avoid being prey to the powerful in the society. In doing this, some of us have jumped over the cliff to ruins and also others' existence by taking too much than what is allotted to us and impoverishing others as a result. When we discover that education can improve out lots, we spend time and money acquiring the knowledge, and yet to  await a time of uncertainty on a queue in search of beneficial employment.
It is why some people, who have been marginalized in their countries think that living in the developed world is better than living in the backward countries. But when we arrived in developed countries, we discover that there are people who also have been marginalized. Although, there is the rule of law in the developed countries that is not available in backward countries, but to one's dismay, one soon discover that the rule of law is also subjected to the struggle between groups; The rich and the powerful vs. the poor and the powerless.
There are struggles all over the world. Some of these struggles lead to wars and destruction, raising the specter of uncertainties for residents in affected areas. The world is the grasp of unimaginable level of terrorism. We live in amid uncertainties of whether there will be food on the without ceasing, whether there will not be sudden economic meltdown that will take away all our savings for retirement and the fears not to die, when we don't want to die, fears for our loved ones not to die, when we don't want them to die. But we still die anyway, and we mourn and recover.
Amid these uncertainties, it is a miracle to live beyond adolescence, it is a miracle to survive childhood sicknesses and death, it is a miracle to go to school without school authorities not throwing you out of doors for lack of school fees, when your parents are poor and the government in your country are populated by dimwits, who cannot differentiate the meaning of governance from the meaning of looting the treasury.
We become immigrants in other lands pursued by uncertainties that have become equivalent of death in our countries, created and sustained by brainless leaders. And in countries of our choice for immigration, you are confronted with scums of life, whose problem essentially is lack of education and frustration. They visit their frustration on innocent immigrants, who they call stupid and assholes, names they should have reserved for themselves, had they the opportunity to know how miserable they are.
It is part of the uncertainties of human life that some of us who are immigrants don't know who we are. We equate ourselves with
the born citizens in the name of freedom and equality. They accuse others of visiting them with racism, whereas they too visit other less privileged immigrants with attitude worse than racism.