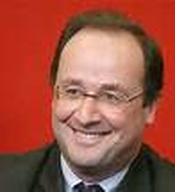 President Francois Hollande
France’s president, Francois Hollande arrival in Mali on Saturday-2 February-was a surprise to many observers. The president’s decision to visit Mali amid inconclusive conflict at ousting the Islamist militants is seen by others as expression of confidence and morale boosting to the French soldiers fighting in the embattled West African country.
The heroic welcome given to the president and his entourage showed the gratefulness of people helped out of trouble. France has suddenly become the Beowulf of modern day.
“Terrorists groups have been weakened, but not disappeared. French troops will stay in Mali as long as necessary.” Hollande told a cheering crowd, the BBC reported. Further, he said France will help in the restoration of all that the Jihadists have destroyed in the country.
It wasn’t unexpected that French troops show a superior fire power against the rag-tag militants, whose stock in trade is guerilla warfare. Hollande captures the reality in his statement, “Terrorists group have been weakened, but not disappeared.” It was why he said the troops would remain in the country for as long it takes. He knew the militants may resurface from their hideouts after the French troop’s departure.

The French troops may not be departing in a hurry as promised by Hollande, but for
how long will the troops be holed in Mali?
For as long as it takes could be forever. And that brings about the question people
ask and their suspicion of what they call another occupational power. But what
does it matter if French troops remaining in Mali forever guarantees the people’s
freedom from molestation and forced embrace of religion tenets that ought to be
voluntary? Andrew Harding reporting from Mali writes, “The crowd was a rancorous
blaze of colors-the women delighted to be free of black veils-demanded by the
militants, and now proudly wearing their finest dresses.”
The promise to hand over to African Union forces is assuring that the French
troops won’t be in Mali forever.
However, the present development in Mali can be equated as a replica of the direct
system of government employed by France in its African colonies, in comparison to
the British indirect system. Many historians had hailed the French indirect system as
humane and helpful to the colonies, because it ensured development for the French
colonies, with plantations managed by French citizens, unlike the English colonies
where resources were repatriated for home advantage.
France hasn’t just begun showing interest in the development of the countries it
encountered in Africa. It has been part of its blueprint for the management of the
colonies. Therefore, Hollande’s announcement that France will help rebuild Mali must
be seen in the light of his country’s humane policy disposition to sister states in Africa.
The system was a part way to citizenship for French Africans to become French
citizens through assimilation, based on universal values of French revolution. Indirect
rule never show interest in the people, allowing local leaders take advantage of
political situation to the detriment of the proletariat.
In the direct system, French officials were on the ground, saw what happened in their
colonies, and not far away to depending on information given by Mafias chosen as
leaders, whose information to proxy leaders depended on their gains from the
commonwealth.
The indirect system helped in the development of French West African countries more
than witnessed in the British West African countries where the indirect rule was
employed. It was understood that any form of colonization had its negative effect. But
happily the French aren’t colonizing this time around, but have come to expel intruders
and restore the independence to Malians, under threat by a new conquering power with
enforcement of odoriferous religious code.