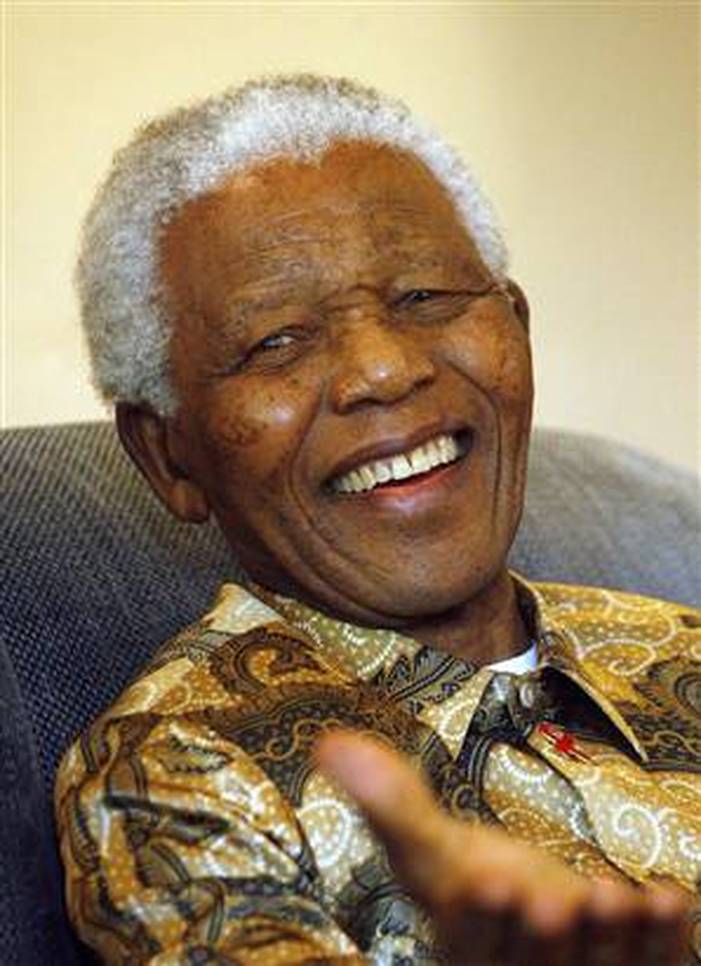 Nelson Mandela, the world's foremost freedom fighter and the first president of free South Africa, died Thursday peacefully in his home, South African president, Jocob Zuma had announced.
He was 95; survived by children, grandchildren and great grandchildren.
Mandela was born in 1918 to a well to do family; had a sound education and became a freedom fighter when he witnessed 56  innocent South Africans murdered in cold blood as a law student.
He was a thorn in the flesh of apartheid South African leaders. He was arrested and jailed in 1964, and released in 1990.
He won the Nobel Peace prize and had retreated from the public since 2004.
He reconciled South Africans without embarking on punitive measures against those who sent him to jail, and almost forgot he needed to be released.
After being president for a term, he stepped aside and allowed a successor.
The world did not want Mandela to die. As news spread about his old age illness, the world prayed for him, but with the signs of old age apparent, the prayers became, "Lord let thy will be done."
NEWS AND FEATURES
News & Features Around The World