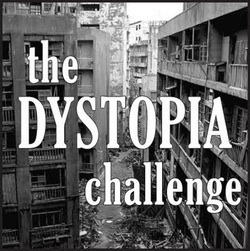 People sat in a hospital waiting room, expecting to be attended by doctors. Some of them had came as walk-in patients - meaning without prior appointment and had to endure long waiting hours, because doctors had to attend to their patients with whom they had prior  appointment, before checking patients who had been forced on their schedule. While patients waited and endured the long waiting hours, they watched shows beaming from a television set on the wall.
All of a sudden, as it is usually the case these days, after series off advertising a piece of breaking news surfaces, about the United State Supreme Court 's readiness to hear a case whether gay marriage be granted nationwide or not.
One of the men in the waiting bursts into a derisive laughter. As he stopped laughing, a bearded fellow who had concentrated asking questions about long it would take to see a doctor turned to the guy who laughed and asked him the reason for his laughter.
"I will not tell you why I laugh, because I don't know where you belong. Everyone has a right to belong somewhere, but these days belonging somewhere the crowd does not approve is itself hardly approved."
"They are challenging God and God will respond with enough punishment. They think they are making jests of God. They make mistakes," the beaded fellow said to the consternation of the guy who had laughed.
"Will the punishment you mentioned be for those who contravened God or for all?" the guy who laughed at the news asked the bearded man, willing to know where the man stands on the moral issue of gay marriage and otherwise.
"For all," the bearded fellow answered, and upon which the man who laughed at the news expressed disgust and wondered about punishment of people who had not contravened.
The man laughed thought to himself that just as the struggle between the traditional marriage and the gay marriage is a big newsmaker, the first marriage between Adam and Eve is also a big newsmaker. He thought that the issue of the struggle between they traditional and gay marriage is such that will easily forgotten, when the story of cultural evolution will be written.
He thought that the traditional marriage ran into a bump at the beginning, which result was a curse upon humanity and the curse affected all. Now, a man here is saying another punishment should be expected that will affect all, irrespective whether one is in a traditional marriage or gay marriage.
NEWS AND FEATURES
News & Features Around The World