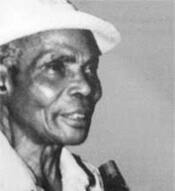 Tai Solarin
Has the cancel culture extended to Nigeria? The question arises over the renaming of Solarin College of Education in Ijebu Ode -The honoring Sikiru Adetona, Awujale, the traditional living ruler of the city. Solarin, if alive, would stand taller or neck to neck with Dr. Benjamin Carson, a surgeon and former secretary in the Donald Trump administration in the United States. Also, Carson has his name removed from a school in Michigan.
A news report in the Punch newspaper in Nigeria highlighted a criticism by a renowned legal practitioner, Femi Falana, condemning the removal of Solarin’s name from the college of education.  And likewise, a group came together in the United States to denounce the removal of Dr. Carson’s name from the school in Michigan. The group presents a larger-than-life portrait of Dr. Carson in an Op-ed published in Fox News.
Dr. Solarin is not a stranger to most Nigerian newspaper readers as a thorn in the flesh of successive corrupt governments in Nigeria. He started the Mayflower School, managed by his wife, Sheila Solarin. The school still exists. Despite running a school full-time with his wife, the erudite scholar wrote and maintained a weekly column in the Tribune newspapers.
What are the offenses of these men of letters that warrant their names being removed from institutions in their respective countries? Carson is said to be a victim of the politically motivated cancel culture in the U.S. Is Solarin also a victim of the cancel culture in a country where politically motivated cancel culture rarely exists? Or is it now a crime to serve one’s country without a blemish? The question is timely because innocent people cannot be made to suffer unjustifiable punishment.
The world needs people like Solarin and Carson. Solarin was not in any way affluent in his lifetime. He mostly wore khaki shorts and a hat; he represented a culture devoid of affluence and aggrandizement that Nigeria needs to embrace. If a man like Solarin has his legacy dented in the way it is currently obtained in Nigeria, would people care about discipline and selflessness?
Solarin’s background could not have been affluent, and he suddenly turned affluence to embrace a hard fight against corruption in government. And given that he was born in wealth but turned against a pooled lifestyle is that a reason to deny him a legacy that he worked hard to earn? Carson is known as a surgeon who, along with other surgeons, separated co-joined twins soon after finishing college. He rose from a poor background, went to college, and became a notable surgeon. Is it a sin to work hard and rise to prominence? Is it a crime to serve one's country and have a different political sense of belonging?
​    Reports show that the move to change the Detroit school's name began when Carson was Trump's housing secretary. Board member Sherry Gay-Dagogo said in a statement to Detroit.Chalkbeat.org. She said she received many requests from community members based on many of the doctor's disparaging remarks from the administration he clung to. This much transparency has helped to unveil surrounding the removal of Carson's name from two schools in Michigan. 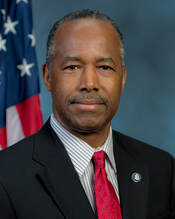 Ben Carson
Many people have - privately described the cancel culture as anti-public interest and societal progress. For example, people say the traditional ruler in whose honor the college of education in Nigeria is now named already has his name and legacy in people's minds.  Moreover, they say he is still alive, unlike Solarin, who is no longer here in person and needs to be remembered. Unlike Dr. Solarin, Dr. Carson is here active and is being dealt a blow.
However, Carson has reacted, describing the removal of his name from the school in Detroit, his birthplace, as political despite administrative recommendation and students' poll to keep the name as-is, according to a Fox News report. And unlike Carson's case, the world may have heard the last about the renaming of the school in Ijebu-land in Nigeria because the government's justification is that there is also a Tai Solarin University of Education.
The world may not have heard the last concerning the name change in Detroit schools, as some people have started collecting signatures to fight back against the cancel culture. The name changes, whatever the causes, remind people of Williams Shakespeare's "All the World is a stage" in As You Like it. All the men and women are merely players; They have entrances and exits. One man in his time plays many parts.
Tai Solarin played his parts. His legacy is indestructible. The same applies to Ben Carson, a man with a life built on a solid foundation and beyond what political manipulations can undermine.
Comment Box is loading comments...
NEWS AND FEATURES
News & Features Around The World