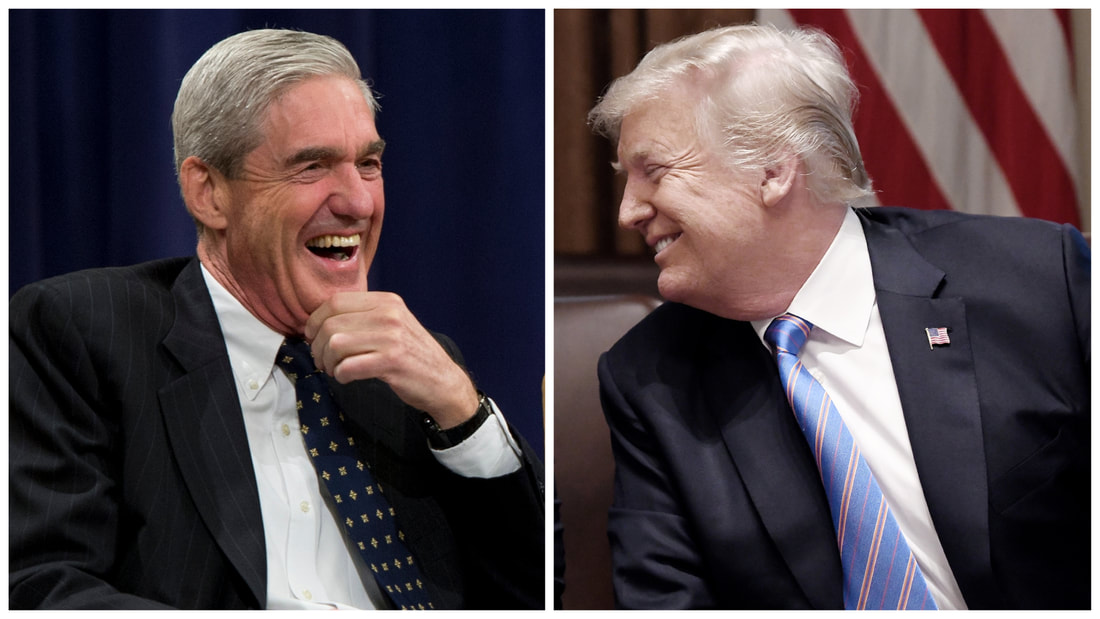 Americans have not completely gone over watching the battle between the Democratic party and President Donald Trump. People who follow public events know the cause of the battle between the contenders. Democrats believe the election victory belongs to its candidate and not to Trump. The battle seems to have just begun, rather ending with the Robert Mueller'e report of an investigation into allegation of an unfounded collusion, because the Democratic Party controlled House has chosen the politics of vengeance and vendetta.
The Democratic Party believed that its candidate, Hillary Clinton, lost the 2016 presidential election to Trump, because of an alleged collusion and interference by the Russians in the elections, favored Trump and that Trump conspired with the Russians for that purpose. And Clinton herself had said the election victory was stolen from her.
However, the report of Robert Mueller investigation instituted by the FBI said there were interference by the Russians in the elections but that there was no collusion by any American with the Russians in the Russians' confirmed interference. But the investigation did not say whether or not Trump obstructed justice, though there were instances by him to thwart the investigation, which Attorney General William Barr said was caused the president's believe that he did not commit a crime and that it was the  reason he labeled the investigation from the beginning as a witch-hunt, because he said the allegations of collusion by his campaign with the Russians was unfounded and that it was an attempt to give him a bad name to hang him. But Democrats and their candidate in the election erroneously believed that the Democratic party's candidate won the election and that the victory was stolen from her through collusion between the Russians and the Trump Campaign. The allegation of collusion and the eventual investigation was aimed at exposing the crime allegedly committed by the trump Campaign and to charge him for a crime. But the Mueller investigation said there were not enough information to establish a crime of collusion against the Trump Campaign.
For this reason, the DOJ decided that the ground for obstruction of Justice against the president was weak because no crime was committed. The DOJ took the decision because the Mueller report did not say whether there was obstruction or not. But the politicians in the Democratic Party controlled House wants the DOJ to allow it ti determine whether there obstruction or not.
First, the Democrats were disappointed .by the outcome of the Mueller investigation, because the report said there was no conspiracy between the Russians and Trump's campaign. Had the report there was collusion between Trump's campaign and the the Russians, Trump would have been gone. The Democrats are not only pressing for an unproven allegation of obstruction, even when there was no crime committed by the Trump campaign, they are also after Barr for his professional decision to unfetter Trump of allegation of obstruction.
What would be the the reason to want to obstruct an investigation when there is no intent to avoid justice for a crime committed? This is the question the Democrats are finding difficult to answer. Although, Mueller in his last statement said if they knew the president did not commit a crime, the report would have said so. And that the policy of the DOJ not to indict a sitting president led to the report's silence on the issue of indictment.
Many observers believe that the Democrats have lost the battle with the report's finding that there was no collusion or conspiracy between the Trump Campaign and the Russians, and that it will be foolhardiness for the DOJ to allow partisan politicians to decide the fate of a president they don't want in office for political reasons.
It is as clear as the day to Americans that the Democratic Party controlled Congress is after achieving a political agenda for themselves in their own favor and not for American voters. When the history of the trump's presidency will be written, it will be remembered how he fought from the primaries of his party and becomes president amid battles, eventually winning the party over and cementing his victory.
Also, he has consolidated his base by the Mueller's report exonerating his campaign from wrongdoing. Rather than fighting to use obstruction to nail the president without an underlying crime, observers are saying the Democratic party should present policies to campaign for the 2020 elections than using impeachment drive as a weapon of political machination and expect to win against a star-fighting candidate like Trump.
The better for the Democrats to forget about a stolen president. Now with the economy unhinged, Trump is having a good time. He is also shaking up America's foreign policy from dormancy to winning or challenging countries seen as wayward or clogs to America's interest and addressing issues like immigration that politicians have abandoned in the past. Call him Mr. Tariff of whatever you like, Trump is working!
​