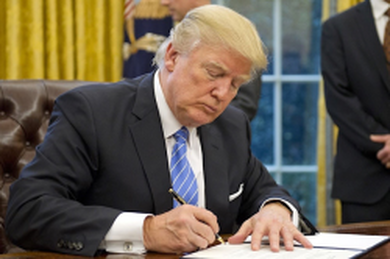 Donald Trump
That Russia is no longer the biggest threat for the Donald Trump's presidency is the inference one draws from the current analysis in the news.  And that the latest biggest threat to President Trump is the FBI's investigation of the president's lawyer, Michael Cohen.
How has time changed? Has time really changed and the investigation into Russia's alleged interference in the United States' presidential election is no longer the biggest threat to Trump's presidency?
Can this development be an admission by news analysts that there is nothing credible in the Russia's alleged interference in the United States' 2016 presidential election?
If these analysts had beaten their chesta in very recent past and said that Russia was the biggest threat for the Trump's presidency and it turned out that all they had said were flukes, could people believe them saying another new development represents the biggest threat?
Would the natural question not be about what may have happened to the investigation into Russia's alleged interference in the presidential election? Here we are in the land of the free and the home of the brave witnessing changes in political talking points seemingly in favor of a political agenda so frequently like a man changes his underwear.
Not even James Comey's latest book release - another source of new talking points in the news has helped the investigation into the Russia's alleged interference in the 2016 presidential election. Talk points from Comey's book and the presidential lawyer's investigation by the FBI are struggling for the first place. Ironically, Comey has not convinced anyone about any illegal action by President Trump, but has spoken about moral issues and says the president is not morally fit to be president.
It means that discussions about Trump's presidency by his adversaries is fast moving from legal to moral viewpoint. Unfortunately, questions are being asked about the reason for different talking points in various cable televisions based on their political leanings.
Of course, Questions about the president's destiny for winning an election, the trouble over his election and the questions about Russia's alleged interference, the interference seeming non-existence and the way all these developments have affected the politics and our destiny as a whole cannot be left out.
Some are asking about what type of man is President Trump, that so lucky to have won an election and so unlucky to have so many adversaries at the same time. Yes, he is understandably human and capable of anything human, but which search by his adversaries for wrongs to convict him has taken over the alleged wrong leading to the FBI investigation about Russia's alleged interference in the elections.
​
Comment Form is loading comments...
NEWS AND FEATURES
News & Features Around The World