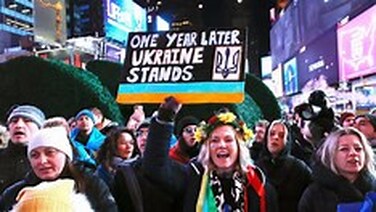 Mayor Bill de Blasio
New York City Council voted late on Tuesday to remove $1billion from New York Police   Department's budget in the middle of chaos and fear of rise in crime.
Recruitment starting in July 2020 by the Police Department has been cancelled, Mayor de Blasio said on Tuesday, and added that the city will shift resource to help young people and community development..
According to news reports, the city council speaker, Corey Johnson, said the cut is a starting point and that the council will go further. He added that the budget agreement represents a decision towards police reform, improving youth services, and equity. Alexander Ocasio Cortez joins the rank of activists  who think the cut is not enough. She said defund the police is defunding the police.and that more is coming on the way.
However, there was one dissenting vote from the council Minority Whip Joseph Borelli, who said the cut will lead to a more violent city. The chaos at the city hall on Tuesday foreshadows the current situation in New York marked by chaos arising from protests over the death of George Floyd in Minneapolis.
The incident in Minneapolis rebounds on New York. The mayor and council members caved to demands of protesters disregarding the complexity of the city. Many residents wish that crime situation in the city will not become like the story they have heard time and time again, the story of a city gripped by uncontrolled crime wave before help eventually came, leading to the emerging safe city that New York later became.
Obviously, stopping the 1000 police recruits is part of the immediate fallout from the budget cut. By that decision, it means that the mayor and the city council have said the city does not immediately need additional new  police officers. Observers disagree with the mayor and the council.
The protesters are saying the cut from the police budget is not enough against the wish of silent majority, and they are demanding for more cuts careless of future repercussion to the city.
Comment Form is loading comments...
NEWS AND FEATURES
News & Features Around The World