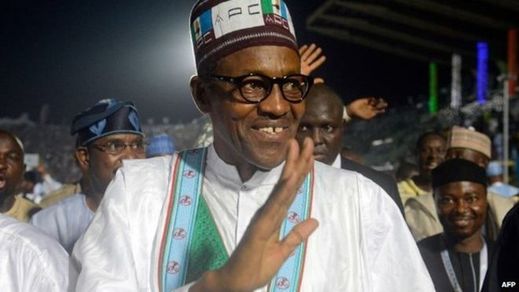 ​  The early part of Oedipus the king is being reenacted in Nigeria. The only difference in the scene in Oedipus and Nigeria is that in Nigeria, you have democracy and a president, while an undemocratic king held sway in Oedipus.
News reports from Nigeria reveal that Catholic Bishops in the country have visited President Muhammed Buhari with a tale of woes about his government’s backward dance, from an earlier forward dance that endear people to him as president.
A sharp reminder of how elders went to Oedipus palace to present the news about the evil that had gripped his kingdom, after he had saved the same kingdom from a marauding power called sphinx.
Nigerians have looked forward to better time under Buhari, but according to information from Africa’s greatest country, current events are the opposite of their expectations. herdsmen seems to have taken over the killing field from Boko Haram blood sucking murderers.
Nigerians don’t like their government handling of the herdsmen killing crisis. Nigerians want the murderers arrested and prosecuted and not shielded from justice. Majority of Nigerians have equaled government’s creation of cattle colonies to encouraging herdsmen killing spree and shielding the killers from justice, because the killers are the same tribe, Fulanis, as the president.
Mountains of opposition have appeared between President Buhari and reelection bid, resultant of these Fulanis killings and other negative political and economic situation in the country. Like untamed unemployment, hunger and crimes.
As President Buhari and his supporters fight off the rising tide of opposition, the Bishop’s arrive his office with unassailable truth – the tide of goodwill has been slashed to lower proportion and despair is fast taking over the land.
The message that the bishops took to president Buhari was essentially the same message that his arch political rival had already publicized and the reason his rivals said he should not go for reelection, and it was in the middle of fighting off his rivals’ message that the bishops delivered their own message as a counter punch.
The Bishops’ message was undoubtedly a blow to president Buhari’s reelection bid. One truth that the bishop’s message has, which President Buhari’s opponents lack in their message, is that Buhari still has an opportunity to attend to issues as they are presented by the bishops and his opponents, rather than going headlong into reelection with the issues as they stand.
Buhari has an option to kill the cattle colonies idea and allow the rule of law take its course against anyone who kills another, or go ahead long into the cattle colonies idea without allowing the rule of law against murderers, and risks losing reelection.
Of course, Buhari is still lucky that many Nigerians no longer trust Olusegun Obasanjo and Ibrahim Babangida, making their idea against Buhari to remain under scrutiny. Many Nigerians still think that the two former military leaders may want to once more impose their own candidate on the country. A reminder of how they brought Umar Yar Dua and Jonathan Goodluck in the saddle, and an agenda many Nigerians say took the country on a backward journey.
Buhari’s opponents may have realized that what remains of their old party, the People Democratic party, PDP, cannot win an election. Given the party’s corrupt past and the derivative negative image. Unlike Abubakar Atiku’s decision to find new ground in the old party, the two generals have announced a plan for a new political association, probably with a view to do to Buhari’s party, the same that was done to the old ruling party, which made Jonathan’s effort toward reelection a lame duck.
One thing that Buhari has going for him, unlike Oedipus, is that Buhari does not have a daunting past capable of haunting him. The Bishops said that much.